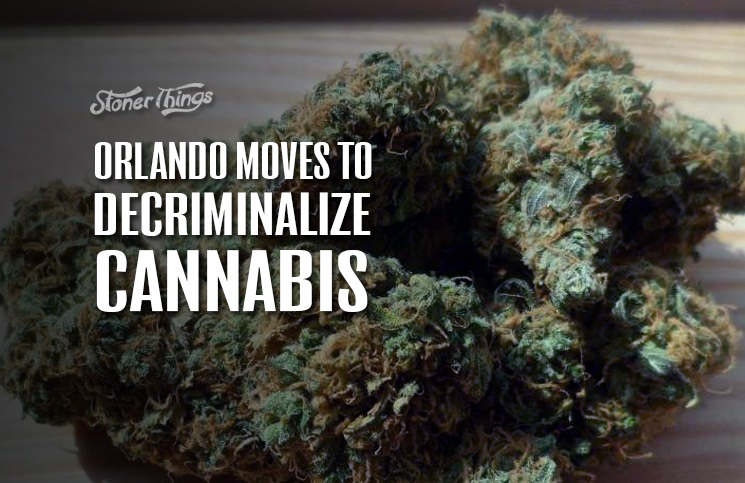 Marijuana has essentially been decriminalized in another large Florida city.

The Orlando City Council voted 4-3 in April to remove criminal penalties for possession of small amounts of cannabis, making the city at least the third in the state to take that step. Tampa and Miami-Dade have also decriminalized.

The vote was not final, as the council must confirm it in May. But they are likely to do so, and the new law would take effect immediately.

The ordinance would render possession of 20 grams of marijuana or less a civil violation rather than a misdemeanor. Penalties would top out at a $50 fine on first-time offenses. Under current Florida law, simple possession is punishable by $1,000 in fines and up to a year in jail.

The April council meeting drew a large crowd of residents, most of whom supported the vote. But one of the council members who voted against the ordinance complained it would start Orlando down a “slippery slope” and hurt the city’s tourist-friendly image.

“People need to know and understand that this is making it easier for criminals to use marijuana, with less criminal charges and punishment,” said Council Member Samuel Ings. Two other council members voted no, but they were outnumbered by Mayor Buddy Dyer and three other yes votes.

Dyer joined Orlando Police Chief John Mina in supporting the new law, which is modeled after the decriminalization policies in Tampa and Miami-Dade. But Mina reminded supporters that possession remains a crime under state law. Even with decriminalization, he said, Orlando police will have discretion to make arrests.

“This . . . will not replace the criminal state statute,” the chief said. “Our officers will have the discretion to arrest in certain situations. This just gives them another option.”

Police officers back the change

Police officers generally support the idea, said Shawn Dunlap, president of the Orlando branch of the Fraternal Order of Police. Dunlap said he polled the rank and file and determined there was “no opposition from the men and women on the street.”

Supporters of the new law said decriminalization will save the city money, cut down on unnecessary arrests, and avoid the permanent criminal records that frequently damage the lives of poor, black residents who are disproportionately targeted for possession offenses.

“I see this initiative as one step in ending the war on drugs, and thus I support it,” said Lisa Tillmann, an activist and local college professor. “If we must declare war, my own drum beats for wars on addiction, poverty, and racism.”

Angelica Brown, another supporter of marijuana reform in Orlando, said an arrest for minor possession five years ago has dogged her and made it more difficult to live a full life.

“Since 2011, I have not been in any trouble, yet the (criminal record) still haunts me,” Brown said.

Council Member Regina Hill agreed with other speakers at the meeting who said they worried police would still have too much discretion to make cannabis-related arrests. That could lead to inconsistent or unfair enforcement, she said, but the chance for reform was too important to vote no. Hill cited her own triumph over past drug arrests.

Leave a comment below: Which American city do you think will be the next to decriminalize or legalize marijuana?