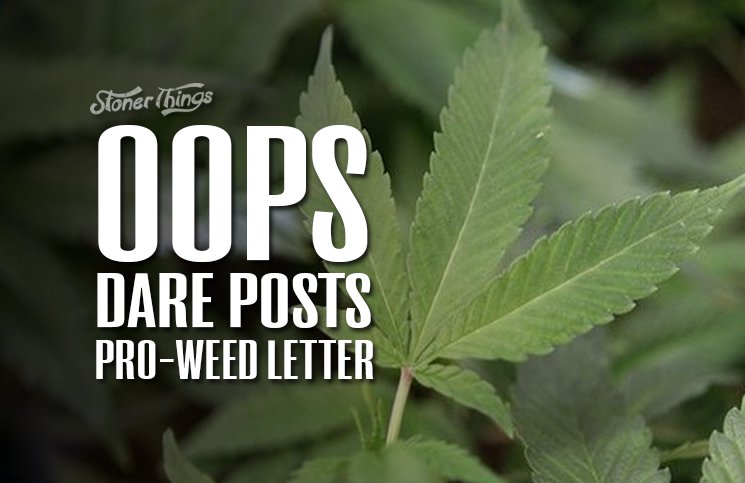 The folks at D.A.R.E. (Drug Abuse Resistance Education) really could have done without this one: The notorious anti-drug group accidentally posted a letter on its website in late July that argues for legalization of marijuana.

The letter came from Carlis McDerment, a former sheriff’s deputy from Ohio, and was originally published in a newspaper there. McDerment recently joined Law Enforcement Against Prohibition (LEAP), a pro-cannabis organization.

The letter first argues that black market marijuana deals endanger children, a position D.A.R.E. undoubtedly supports. But McDerment goes on to say that legalization could solve that problem.

Titled “Purchasing Marijuana Puts Kids at Risk,” McDerment’s letter was originally published in response to an earlier letter opposing weed reform. Apparently, the people at D.A.R.E. failed to read beyond the headline. Within a matter of hours, the post went viral.

“It just took off nation-wide real quick,” McDerment said. “They just didn’t read the article. They thought it was another anti-marijuana thing, and they posted it without reading it. That’s how it got up on the website.”

D.A.R.E. has long been a pet project of America’s drug warriors, though its reputation has cratered in recent years. Science has conclusively shown that the group’s efforts to keep kids away from drugs don’t work.

Other cannabis advocates said the posting proves D.A.R.E. isn’t paying attention to its own claims about marijuana.

“We have no idea how they came across the letter,” said Mikayla Hellwich, a LEAP spokeswoman. “Even if they’re trying to cover up a human error in finding the story, they still proved that they weren’t reading the material they post to their site, which is worrisome for an organization that’s supposedly educating children.”

LEAP is a collection of cops who oppose prohibition of any drugs. They argue that anti-marijuana laws make life harder for law enforcement and generate more crime than they prevent.

During his years on the force, McDerment patrolled the jail and the streets. He said he saw first-hand the damage the war on drugs has done to communities. 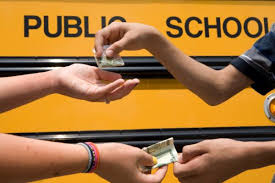 “This whole war on drugs is kind of a sham, and it’s crazy,” he said. “Here we go out and we arrest people for drugs, put them in jail, it’s just a revolving door. It just never ends.”

This isn’t the first time the folks at D.A.R.E. have proven their collective IQ isn’t increasing. The group recently got caught reposting a fictional anti-weed story from a known parody news site. That article claimed children were dropping dead across the country after eating pot-laced candy.

D.A.R.E.’s survival is something of a mystery. Repeated studies show the group’s approach, which mostly involves cops lecturing kids about drugs, is a failure. For one thing, children have ready access to better information about weed, and that leads to better decision-making – as opposed to D.A.R.E., whose backers believe it’s best to lie.