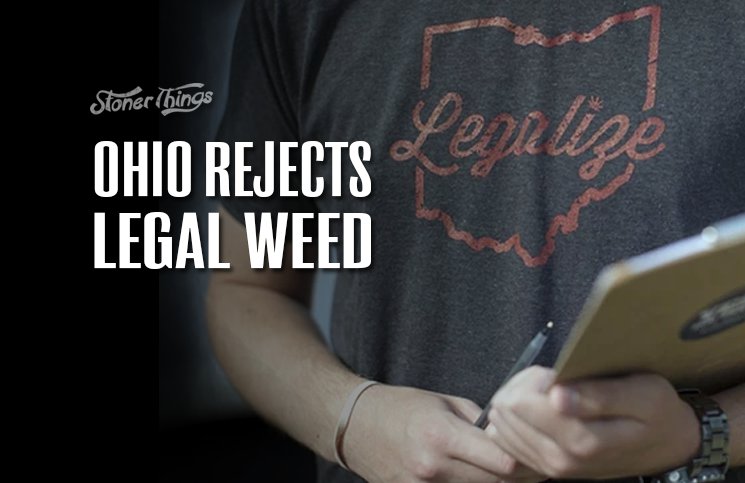 Legalization went down to a stinging defeat in Ohio in November, but don’t lose hope if you live there: As reform continues to spread, it will likely return to the state.

Indeed, the ballot initiative that failed on Election Day was widely considered a long-shot. Had it passed, it’s possible it never would have taken effect. In the end, it was a poorly run campaign pushing an unrealistic proposal to legalize cannabis.

Voters roundly rejected Issue 3, which would have amended the Ohio Constitution to make marijuana legal for both personal and medical use. It would have allowed possession of small amounts by adults and would have legalized retail cultivation and sale.

Reuters reported late in the day that the item lost by a margin of almost two to one. The defeat is a definite setback for reformers in Ohio, but they may have caused many of their own troubles.

Issue 3 would have created a semi-monopolistic marijuana industry, with 10 companies owning both cultivation sites and dispensaries – a form of vertical integration. Some other states require a separation of growing and sales, but activists in Ohio decided to shape the industry along vertical lines.

That may have spelled doom for Issue 3, since opponents of legalization were able to get another item on the ballot, Issue 2, which passed by a wide margin. That item bars monopolies in any industry and requires voter approval of any exceptions. It was designed specifically to sink Issue 3.

It appears the canard of “Big Marijuana” succeeded in scaring many Ohio voters away from reform. Major cannabis opponents have tried to accuse the weed industry of being a new version of Big Tobacco, and the tactic may have paid off. Some voters said they feared a new industry would cause more problems than it would solve.

“We believe that the increase in tax revenue would be lost in the increased healthcare costs,” said Nikhil Bhatnagar, an anesthesiologist who lives near Cleveland and voted against Issue 3 along with his wife, a pediatric dentist.

NORML backed Issue 3, but only with “some hesitancy,” said Danielle Kane, the group’s political director. Advocates with NORML worried the proposal placed overly restrictive limits on the number of grow sites, Kane said. 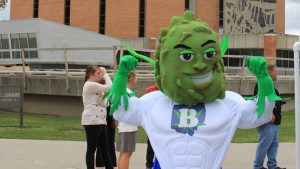 There were numerous problems with the Ohio initiative. For one thing, it was proposed during an odd-year election, and those rarely draw more than a small portion of the voting public. Legalization is fueled mostly by young voters, and it’s a safe bet almost none of them went to the polls this year. That may have drastically undercut support for Issue 3.

Another problem was a matter of public relations. The campaign to pass legalization in Ohio was haphazard at best and rarely sent a consistent message. There was relatively little advertising or public education, and supporters managed to offend voters with at least one effort, a costumed mascot named “Buddy,” dressed to look like a nug of weed. Buddy mostly visited college campuses where support for reform is strong, but many other Ohioans found the idea distasteful.

Finally, the authors of the initiative don’t seem to have given its details much thought, and that matters. The initiative was designed in part to reward donors by locating the grow sites on land they own. That gave an unseemly impression and made it easier for opponents to sell the image of “Big Weed” as the bogeyman.

Still, one defeat doesn’t end the game. Ohio may still be a plausible target for reforms, but voters will need a better plan and a better reason to go to the polls in the first place.