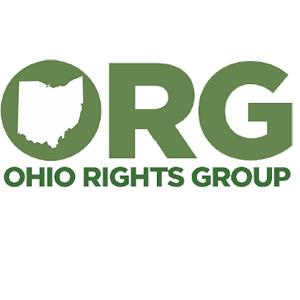 Pot news is everywhere these days. So much of it, in fact, that some of it gets lost in the commotion. So it wouldn’t be a great surprise if even most Ohioans didn’t know their state could soon decide whether to legalize medical marijuana.

An organization known as the Ohio Rights Group is currently collecting signatures so it can put MMJ on the November 2014 ballot. If voters approve the question, Ohio would join 20 other states that allow medicinal cannabis.

“We started seeing what happened in these states where cannabis, where people had legal access – albeit, patients with certain medical conditions,” said Jane Borden, the Ohio Rights Group’s vice president. “But the sky didn’t fall.”

The group will need to gather 385,000 valid voter signatures to get on the ballot, including at least 5 percent of voters from half of the state’s 88 counties.

Ohio has never been viewed by medical pot advocates as a particularly ripe state for reform. Its political structure is dominated by conservative Republicans, ruling out policy changes at the legislative level. And its voters are not considered especially progressive.

But support for medical marijuana is high there nonetheless, with polls from last year showing more than 60 percent of Ohio residents want to see it made legal.

The ballot proposal by the Ohio Rights Group, labeled the Ohio Cannabis Rights Amendment, would allow patients diagnosed with debilitating medical conditions to use therapeutic marijuana. It would allow them to grow at home and would create a network of licensed sellers. Pot would be taxed and regulated by the state.

It’s the third attempt to put MMJ on the ballot in Ohio. Two recent attempts met with failure, but advocates are optimistic they can succeed this time.

They have their share of opposition, though. Groups like the Drug Free Alliance have been organizing against the petition. They say marijuana endangers children, causes accidents and leads to problems in the workplace.

“Smoked marijuana in its raw state is not medicine,” said Marcie Seidel, the Drug Free Alliance’s executive director. “And I think it can be very dangerous for us to vote as individuals for something that we don’t know anything about. What will the long term affects of this be? We don’t know. We don’t have the research.”

The outcome of the MMJ push in Ohio could be important for the future of weed in America. The state is considered a political bellwether, and it would be one of the few in the heartland to allow medical pot (Illinois and Michigan also do so).

ORG has until July to gather the signatures it needs to get medicinal marijuana on the ballot this year.