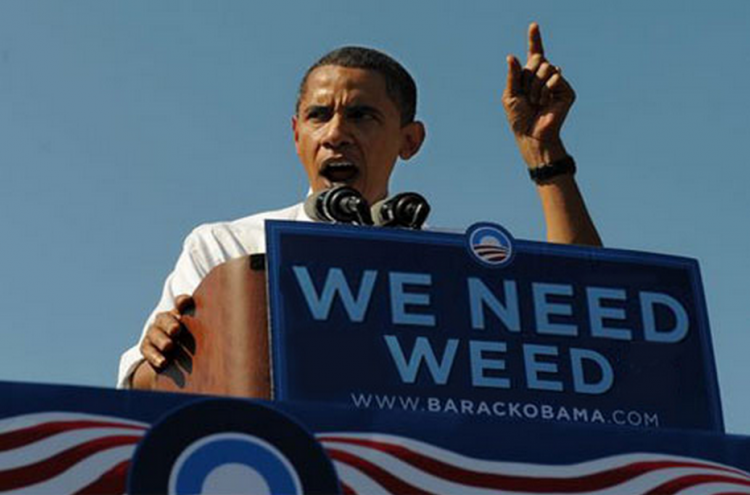 He didn’t quite go all the way, but it’s clear the times are changing.

In an interview with The New Yorker in January, President Obama said he thinks marijuana is “no more dangerous than alcohol,” despite the fact that federal law places it in the same category as heroin, LSD and ecstasy. He said he doesn’t support full legalization but that the idea has merit. 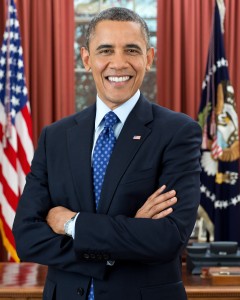 Obama told editor David Remnick he’s advised his daughters against trying pot, saying it’s “not very healthy.” But on the whole, he thinks weed is less dangerous than booze “in terms of its impact on the individual consumer.”

“It’s not something I encourage, and I’ve told my daughters I think it’s a bad idea, a waste of time, not very healthy,” he said.

Recreational marijuana is now legal in two states, Colorado and Washington. The first retail pot shops opened in Colorado to great success Jan. 1, and stores are expected to open in Washington in the spring.

Another 19 states allow medical marijuana, and others could legalize all pot over the next few years, from Alaska and California to Nevada and Massachusetts.

Still, the drug remains illegal under federal law, with little realistic prospect of change. Senate Majority Leader Harry Reid of Nevada recently came out in support of medical marijuana, but even that has little backing in the rest of Congress.

As it is, cannabis is listed under Schedule 1 in the federal categories of controlled substances. This schedule includes drugs the government believes to be extremely dangerous, extremely addictive and medically useless. Even cocaine and methamphetamine rank as less harmful than marijuana.

Changing this would require either federal legislation or rescheduling by the DEA, neither of which is likely anytime soon. And Obama said, as he has before, that he still doesn’t support such a change.

Instead, he said, he wants to focus on making sure laws treat users fairly. The president has acknowledged he smoked pot many times as a teenager, though he stopped as a young man. He told Remnick many other politicians have also toked, and they shouldn’t be sending other users to jail.

“We should not be locking up kids or individual users for long stretches of jail time when some of the folks who are writing those laws have probably done the same thing,” Obama said. 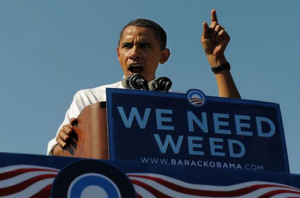 The Justice Department announced in August that it wouldn’t challenge states that legalize, whether for recreation or medicine. In return, states must enforce certain federal priorities, such as limiting drug violence.

But Obama said that doesn’t mean he supports full legalization. He called the laws in Washington and Colorado “important” because they decriminalized a relatively safe substance many people use. But he said legal weed opens the door to other problems.

“If marijuana is fully legalized and at some point folks say, Well, we can come up with a negotiated dose of cocaine that we can show is not any more harmful than vodka, are we open to that?” Obama wondered. “If somebody says, We’ve got a finely calibrated dose of meth, it isn’t going to kill you or rot your teeth, are we O.K. with that?”