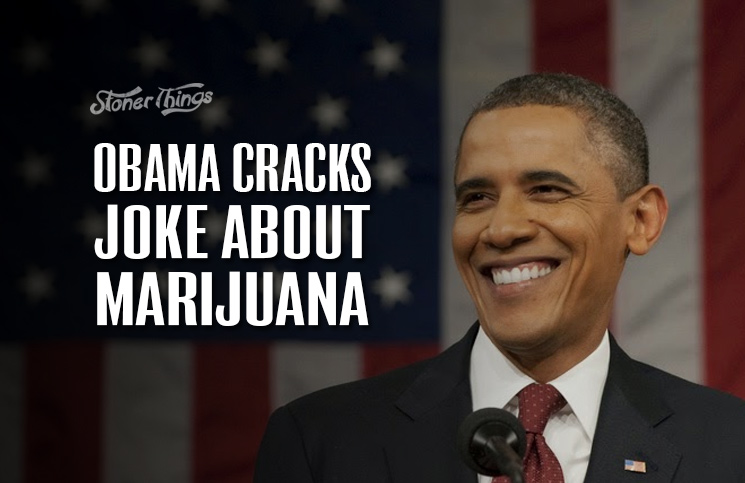 President Obama is surprisingly popular these days – surprising, at least, for a second-term president on his way out of office. Could it be because of his notorious past with everyone’s favorite illicit drug? 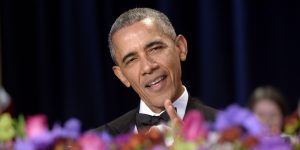 “The last time I was this high,” Obama cracked at the annual White House Correspondents’ Dinner in early May, “I was trying to decide my major.”

The joke was a reference to his surging poll numbers, but also to his teenage dalliance with cannabis. He has long acknowledged that he repeatedly smoked the stuff while in high school and during his first months in college. His 1995 memoir, “Dreams from My Father,” along with David Maraniss’ biography, “Barack Obama: The Story,” laid out the future president’s membership in a “choom gang” and his frequent smoke ups.

“Obama and his friends drove around the lush Hawaii countryside, hot-boxing their VW bus and re-upping with a long-haired pizza-tossing dealer named Ray, who Obama thanked in his yearbook ‘for all the good times,'” Time magazine once reported.

Obama on his approval ratings: "The last time I was this high, I was trying to decide on my major" #WHCD https://t.co/cU4YnxkHkv

Obama repeatedly refers to marijuana use during his student days

Obama has said he regrets his toking, but not without making light of it from time to time. He has insisted he discourages his daughters from using marijuana, even while taking an increasingly liberal position on cannabis reform. An unnamed White House official recently sat down with a group of reformers for the first time in any administration.

State-level legalization is technically barred by federal law, which classifies cannabis as a “schedule 1” narcotic on par with heroin, LSD, and peyote. But Obama has essentially looked the other way as states have made the drug legal. Four – Colorado, Washington, Alaska, and Oregon – have done so, as has the District of Columbia.

The Correspondents’ Dinner is a yearly opportunity for politicians and media figures to target each other with jokes that are usually very funny. Obama has proven better at the task than most previous presidents, and this year was no exception: He laid into Donald Trump (“The Donald”), Hillary Clinton (“Aunt Hillary”), and Bernie Sanders (“comrade”). 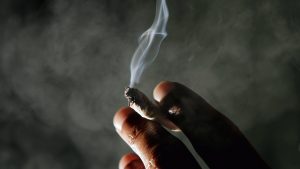 His marijuana crack, though, resonated deeply with the few stoners sober enough to watch the whole thing. The joke carries weight, as it suggests further marijuana reforms are on their way – if not under Obama, then under his successor (Clinton, most likely).

It was just a single mention of weed, but it may go a long way with potheads and their advocates. Still, a few of those advocates pointed out that the state of reform remains far less than ideal.

“It’s fine to joke about the old days, but let’s not forget that students in Obama’s America today are losing financial aid and having to drop out of college for doing the exact same thing the president laughs about once doing himself,” said Marijuana Majority founder Tom Angell. “He didn’t get caught, but the marijuana prohibition policy he senselessly continues to support leads to hundreds of thousands of harmful arrests every year.”

Watch Obama’s full speech from  the Correspondents’ Dinner below.