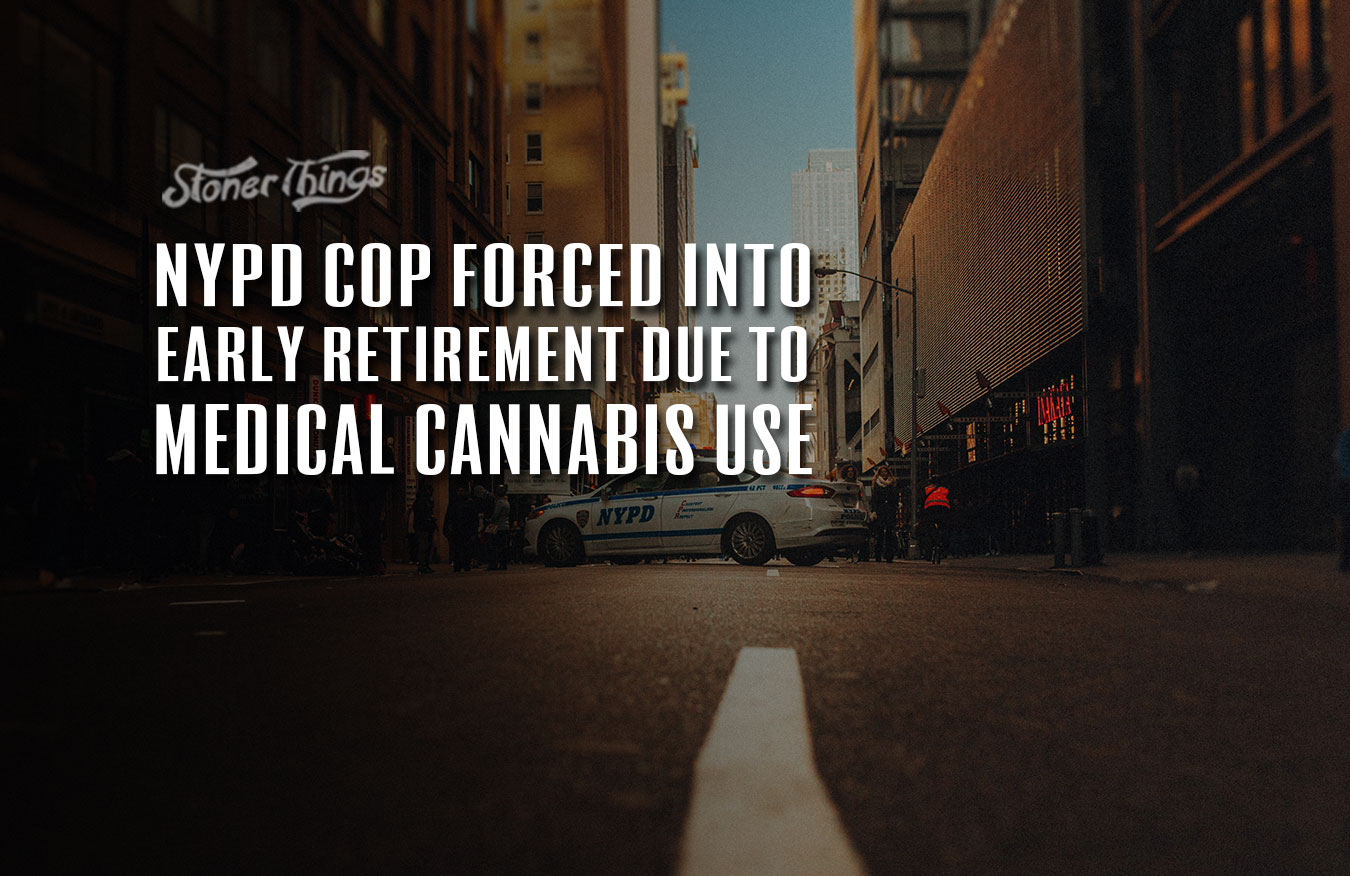 Perhaps one day cannabis won’t have the stigma attached to it after decades of misinformation about its use, potential and dangers. However, in some professions that change will likely come slower than others. Law enforcement bit deeply into the Drug War, however, and the mentality of “all drugs are equally bad” has permeated for generations. Thus, zero-tolerance policies around cannabis use shouldn’t be much of a surprise. Then again, there’s an increasing awareness among even the staunchest anti-legalization advocates that cannabis does actually have medical uses. So it’s difficult to hear that some people are still being run out of their professions because they happened to get relief through cannabis.

That’s exactly what happened to officer Robert Cascalenda of the NYPD, who has sued the police department for discrimination. What began as chronic pain and insomnia wound up becoming a problem with prescription pills and opioids. This led the officer to medical cannabis, which he was given a legally. However, his lawsuit alleges harassment by fellow officers after his medications became a problem and he turned to cannabis. The lawsuit is filled with horrific scenes of abuse, like when he was taken into custody despite showing his medical cannabis prescription, then walked in on while in the bathroom, where he was laughed at by other officers. He was accused of being a hypochondriac as well, presumably to keep taking medications.

However, Cascalenda had been in a coma before due to his injuries. He was diagnosed with several conditions which led to the pills, and then his doctor warned him he’d die if he kept taking as many pills as he was at the time. So, in an effort to cut back, he started medical cannabis. Then the abuse kicked in, both from peers and Internal Affairs, and eventually his panic attacks started getting worse. In late 2019 he became suicidal and was diagnosed as bipolar. Earlier this year he filed paperwork with New York to retire under psychological disability. His lawyers contend this was exacerbated, in part, by the discrimination he endured due to his medical cannabis prescription.

Although pot is still illegal federally, New York does have a medical cannabis bill that passed over half a decade ago. However, it is still highly restrictive, and is seen as one of the most restrictive in the nation. New York’s attempts to further legalize have been blocked a few times, although they may be on track for later this year or early 2021. Still, New York would consider Cascalenda disabled, which provides him specific protections. As he told Ganjapreneur, he hoped the job would still be there after he nearly died. Sadly, his comrades and commanders appear to have turned their backs on him, as his medical condition worsened and the abuse may have inched up.

The NYPD, for its part, won’t comment on a case that’s pending but has said it will examine the case when it is served. Unfortunately, it is common in major social change for some of the vanguard of that change to suffer the brunt of those who resist the change. This is true in many social movements, and has certainly been true in cannabis. When you think about how many people are still in jail for low level drug crimes, it becomes apparent that this mentality has been around for a long time. Hopefully a jury trial for Mr. Cascalenda will bring to light some of these attitudes and create changes so another officer doesn’t have to suffer the same fate.