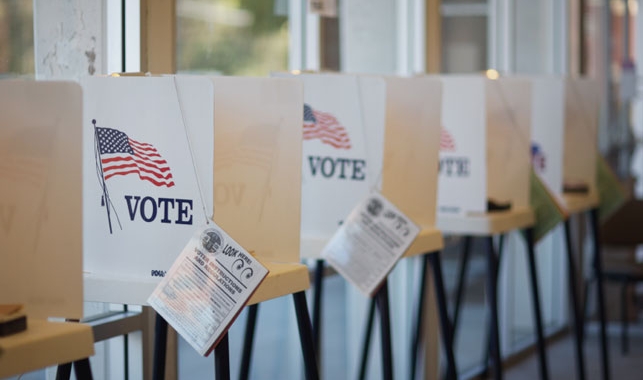 Marijuana reform is playing out across a national stage like never before, with states across the country allowing medical and even recreational pot and voters increasingly supporting legalization.

But all politics is local, and one of the most important backdrops for weed reform in America is also one of the fiercest political skirmishes in memory: the race for mayor of New York City.

There are six serious candidates in the race for the Democratic primary Sept. 10. New York’s last two mayors have been Republicans despite the city’s overwhelmingly Democratic tilt, but they weren’t very Republican, and the streak isn’t expected to last. So whoever wins in September will almost certainly become mayor in the general election on Nov. 5.

The Election and Marijuana Viewpoints

Each candidate on the Democratic side has addressed the issue of marijuana law and law enforcement tactics. New York is notorious for its “stop and frisk” policy, in which police aggressively search residents on the street with minimal justification. These frisks have contributed dramatically to the city’s stratospheric weed busts: More people are arrested in New York for pot possession than for any other crime.

Mayor Michael Bloomberg, nearing the end of his third term, was the architect of most of those arrests, along with his predecessor, Rudolph Giuliani. The stop and frisk has become one of the biggest hot potatoes of the campaign, with candidates doing their best to distance themselves from the policy.

Two of the candidates, Liu and Albanese, support full legalization. Liu, in fact, has proposed that cannabis be legalized and regulated throughout New York City, though that would be a difficult proposition without complementary changes in state law. Liu, unlike several other candidates on both sides of the aisle, told The New York Observer he has never smoked weed.

Liu supports legalization largely as a revenue source and a way to reduce crime.

“By legalizing it, we can allow police officers to focus on local crime issues and improving clearance rates for homicide, rape, and robbery.”

“By keeping it illegal, you actually encourage more violent crime,” he told NY1 News. “Why not regulate and tax it? We can derive $400 million in revenues for the city, use that money to cut CUNY (City University of New York) tuition in half and reduce the disparate social impact that’s occurring in too many of our communities.”

Albanese takes much the same position and, like Liu, says he’s never used pot. He favors legalization as a means to pay for schools and police officers by implementing a marijuana tax.

“By legalizing it, we can allow police officers to focus on local crime issues and improving clearance rates for homicide, rape, and robbery,” Albanese told NORML, according to information provided by the marijuana-reform group. “By regulating marijuana, we can put black-market drug dealers out of business. By taxing marijuana, we can raise billions of dollars in new revenue to pay teachers better, create pediatric wellness centers, and expand health services.”

Legalization of Medical Marijuana, Not Recreational

Two of the Democratic contenders support medical rather than recreational marijuana. Quinn has said little about pot on the campaign trail, but her spokesman told the Observer she has smoked it in the past and favors legalizing medical use.

“First-time offenses for possession of small amounts of marijuana are supposed to be punishable by fine only, unless publicly displayed,” he wrote on his Web site. Police “Commissioner (Ray) Kelly instructed NYPD officers to stop making arrests for marijuana possession unless it is in public view. However, too many young African-Americans and Hispanics — without prior convictions — are still arrested for marijuana possession after being stopped and frisked by police, who then treat it as public display.”

The Democrats may be in the lead, but they aren’t alone. If a Republican contender should win, it will probably be Joe Lhota, former deputy mayor and former head of the Metropolitan Transportation Authority (MTA). Lhota supports full legalization, though he thinks it should be left to the state and federal governments.