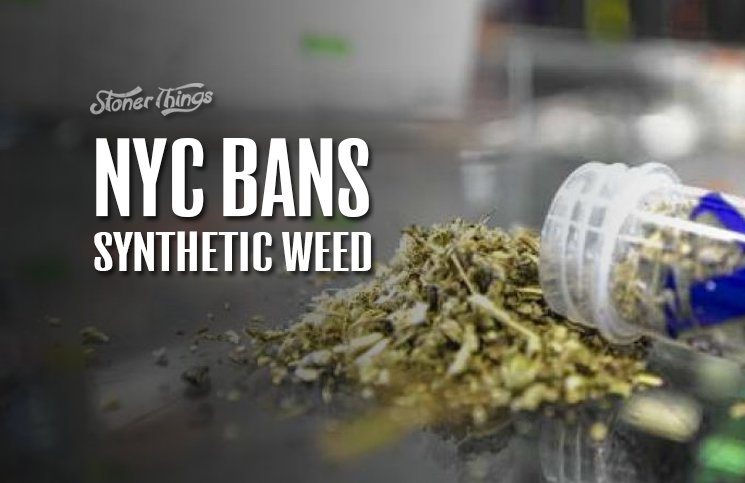 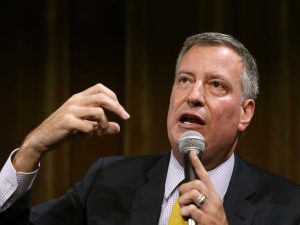 Mayor Bill de Blasio signed an ordinance in October that outlaws synthetic weed, also known as K2 and Spice. The new law imposes tougher penalties on the manufacture and distribution of synthetic cannabis, which has been blamed for a rash of hospitalizations and deaths across the United States.

Most of the grief has come in the Northeast, where K2 has become a common sight on the streets. It’s especially popular among youths and homeless people, who have a hard time finding real marijuana and usually can’t afford it anyway. K2 is cheap, selling for just a few dollars a packet.

The high is purportedly similar to that created by marijuana, but it can also be violently unpleasant. Spice causes rapid heartbeat, seizures, and psychosis, among other life-threatening side effects. Accurate statistics are hard to come by, but authorities say synthetic weed is responsible for at least a handful of deaths in recent months.

“Let’s be clear,” de Blasio said at a signing ceremony Oct. 20. “K-2 is a poison. So we’re getting K-2 off of our streets and out of the hands of New Yorkers before it causes more harm to our city.”

Synthetic marijuana is illegal under federal law, but not all states have moved to ban it. That left New York City officials to stop the drug from flowing onto the city’s streets. De Blasio spoke in East Harlem, the neighborhood that has seen the most casualties from K2.

The new law takes effect in December, and authorities said they’re only targeting manufacturers and sellers, not individual users. K2 attracts mostly low-income users, and officials said they have no plans to criminalize this group further.

There is little evidence suggesting the city’s new approach will work. It’s basically a retread of drug war strategy, dealing with a problem by prohibiting the chemical that causes it. This didn’t work with alcohol, it has failed with marijuana, and it doesn’t seem to do much good against harder drugs, either.

The better solution would be to legalize all cannabis. With access to the real thing, users are less likely to turn to K2. Legalization also typically means lower prices for marijuana, a good incentive for users to avoid the dangerous synthetic stuff.

Education is also critical. Teens can usually make smart decisions about what they put in their bodies, but only if they have access to accurate information about drug use and the problems it can cause. For now, though, the city plans to take a stern approach to synthetic pot.

“If you manufacture K2, if you possess K2 with the intent to sell it, or if you sell K2, you are now going to come up against the greatest police force in the world,” de Blasio said.