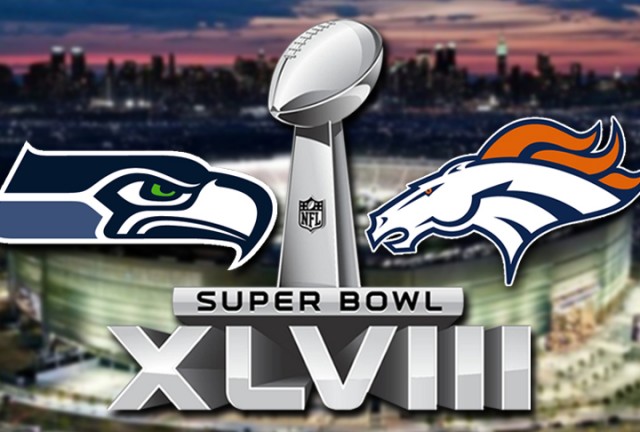 Marijuana advocacy groups in Colorado and Washington are laying weed on the line over this year’s Super Bowl.

The states are the only two places in the country where weed is legal for recreational purposes. The first retail pot shops opened across Colorado Jan. 1, while they’re expected to start serving customers in Washington this spring. 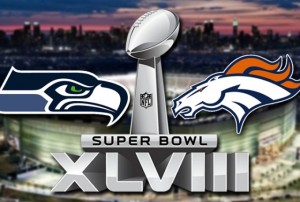 Coincidentally (or not?) the two states are also home to the championship Seattle Sea Hawks and Denver Broncos, both headed for a face off Feb. 2 at Super Bowl XLVIII. The matchup at MetLife Stadium in New Jersey has sparked (pun intended) an endless series of game names and party suggestions.

“Bud Bowl,” NORML wrote in a statement. “Weed Bowl. Fill a Bowl. Stoner Bowl. Super Stupor Bowl. Whatever you call it, the teams from Denver and Seattle are in it to win it! And so are cannabis consumers!”

The group has chapters in each state, and the two have laid a gentleman’s wager on the game, NORML announced. If the Sea Hawks win, the Colorado chapter will dress up in blue and green and sing “Purple Haze,” by famed Seattle native Jimmy Hendrix. If the Broncos win, members of the Washington chapter will wear orange and blue and karaoke to the Colorado state song, Bob Denver’s “Rocky Mountain High.”

“The thought of making a bet crossed all of our minds after the Seahawks won on Sunday night,” said Rachel K. Gillette, an attorney and the executive director of Colorado NORML. “We thought, ‘Oh, goodness, it’s the two states who have legalized marijuana.’ The bet is a good opportunity to highlight marijuana law reform.

“Now we’re officially in trash-talk mode,” Gilette said. “I forgot the name of the head of Washington NORML and sent him an email with somebody else’s name, so I get a point for that. But we’re both equally trash-talking. And we’re going to keep it up.”

Once the game is over, a video performance by the loser of the bet will be posted on the two chapters’ Facebook pages and on YouTube.

The Super Bowl is bringing massive attention to legal marijuana – as if more were needed. The sale of recreational pot in Colorado has been one of the biggest stories of the new year, and more coverage is certain when Washington’s program starts later in 2014.

The game means even more eyes on a successful system of legalized marijuana. New Jersey, where the game will be held, allows only medical marijuana, so there will be no video of tokers at tailgates, but cannabis will almost certainly be a major topic of discussion surrounding the contest.