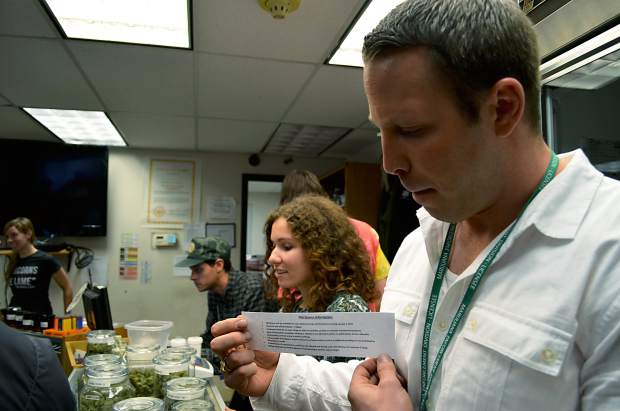 If the initial numbers were any guide, the first days of legal pot in Colorado went well. Customers by the thousands. Millions of dollars sold. And now that the crime statistics are out, things look even better. 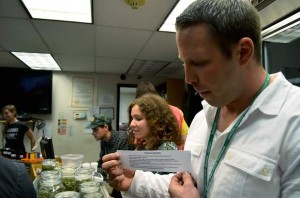 Between Jan. 1 and Jan. 11, Denver police wrote just nine citations for public cannabis consumption. There were seven burglaries of marijuana businesses during that time, the police chief said, but only one was at a recreational pot shop.

Those figures, Chief Robert White said, are in line with previous numbers from the medical marijuana industry, suggesting that weed stores opened their doors New Year’s Day and not much happened.

Colorado is one of two states – the other being Washington – where marijuana is now legal. Retail stores opened first in Colorado; they’ll open in Washington in the spring. Marijuana advocates predicted a smooth, uneventful day while opponents offered dire warnings of chaos and crime.

Indeed, by all accounts, the first week or so of sales went swimmingly. There were long lines and few available stores on opening day, but more shops continue to open, and the few stores that were in business raked in an estimated $5 million in the first seven days.

Most of the stores that opened Jan. 1 were located in Denver, giving the city a special role in enforcing state policy. Under Colorado law, it’s legal for adults over the age of 21 to grow their own pot, to buy and possess up to an ounce, and to give up to an ounce away. It’s illegal, however, to smoke in public or to drive high.

“We were very lucky that everything went so smoothly,” she said.

Denver has made a point of stressing just how illegal it is to smoke pot in public places, a fact that may have helped limit citations. The 16th Street Mall, a longtime favorite hangout for stoners, is off-limits, as is Denver International Airport, a city property.

As of Jan. 11, Denver had issued 28 licenses to recreational marijuana shops, 43 licenses to commercial cultivation centers, nine to makers of cannabis-infused products and one to a testing lab.

So far there have been 64 public hearings over licenses. Only eight drew opposition. Just four applications were denied, all for being too close to a school or other marijuana business.