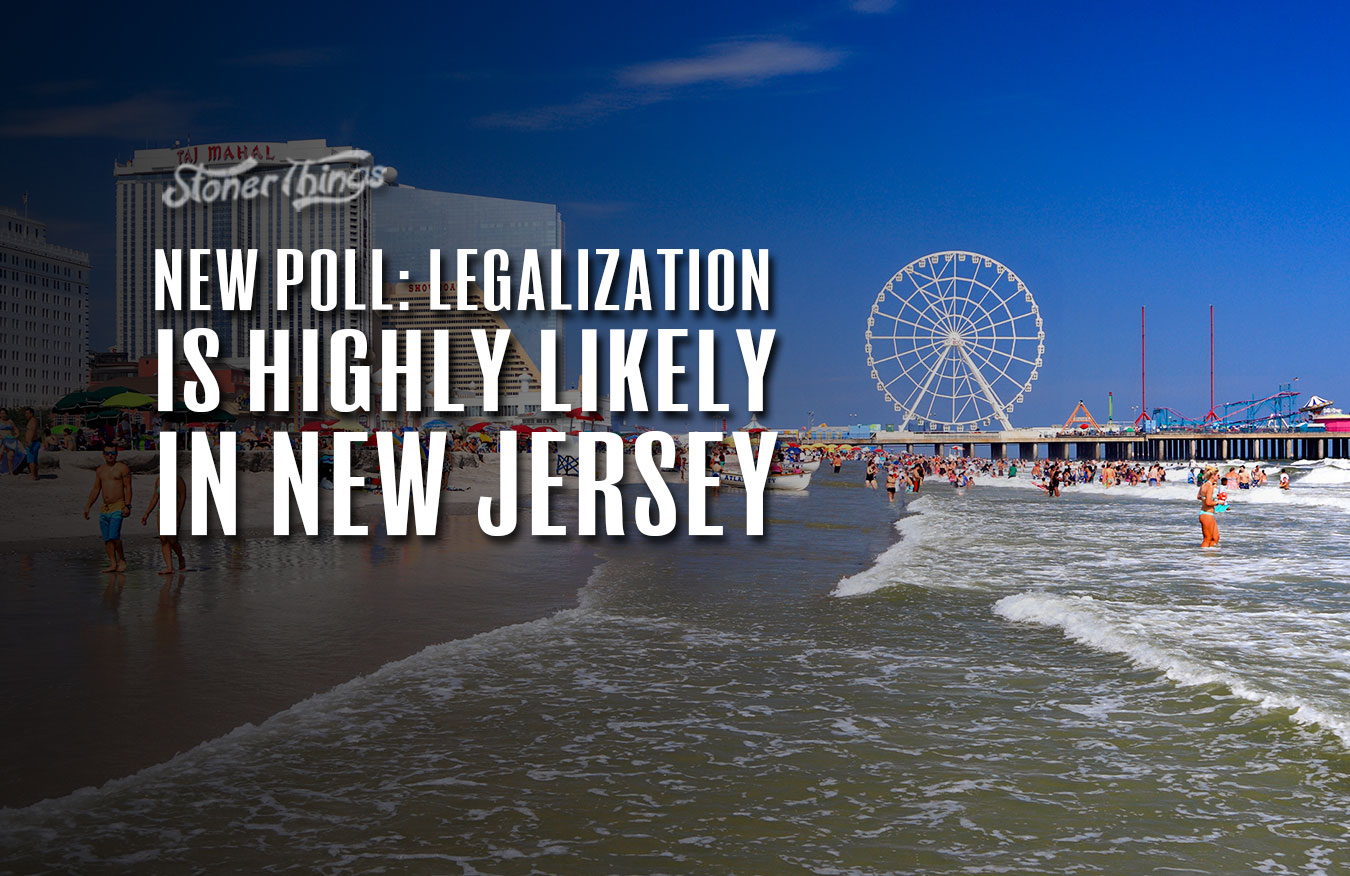 Marijuana legalization efforts have curiously languished in two states: New York and New Jersey. While there’s sentiment, the political will has been strangely lacking for what seems like an interminable time. In fact, we wrote about New York’s governor, Andrew Cuomo, going on the record as believing pot will be legalized “soon” in New York — even though we’ve been writing about that sentiment for five years. But, like quality seeds, hope springs eternal. Now it’s New Jersey’s moment of optimism, with a new poll from a law firm showing Jersey voters definitely support efforts to legalize weed.

The survey was conducted by the law firm’s cannabis law practice group, and surveyed 500 New Jersey residents. In it, a whopping 68 percent of respondents say they would indeed vote in favor of legalizing. Just 26 percent would oppose legalization, while 6 percent said they didn’t know how they felt about it. The law firm, for its part, released a statement touting primarily the economic boom that would result from legalization.

They’re not wrong, of course. Charles X. Gormally, co-chair of the Cannabis Law Practice said in a press release, “Respondents supported it because it will create tremendous opportunity. It will create vitally needed new businesses, the state will receive significant tax revenues and illegal sales will be dramatically reduced, if not eliminated.” Naturally, Gormally is talking about support of a regulated industry, and the survey supports many aspects of what that looks like in other states.

For example, “cannabis consumption lounges” had 50 percent support, and home delivery was at 55 percent support. Also important: Social justice concerns. Again, 68 percent of respondents were in favor of legislation that would include ways to clear previous charges related to cannabis. This has been a core component of legislative efforts in several states which have recently legalized, so it’s good to see that trend continuing in the minds of New Jersey voters. Correcting inequality in sentencing and enforcement is just one of many ways America can help right the wrongs of its disastrous drug war.

So, how likely is cannabis prohibition to be lifted in New Jersey? There are actually two bills under consideration, but a ballot measure is up this November for state residents to decide. The way laws are made is messy, but many of the “wish list” items cannabis advocates have clamored for are included in these New Jersey proposals. Still, it has to pass first and the ballot measure has no structural elements like establishing retail regulations or home-grow parameters. One of the bills which passed the legislature, by contrast, includes a provision that would prohibit cops from searching a vehicle just because they smell pot.

Luckily it appears the winds of change are blowing in New Jersey, and the ballot measure will pass, and if the Governor signs the other bills into law the state will get a jump start on the other mid-Atlantic states which are dragging their feet on legalization. We’re looking at you, New York.