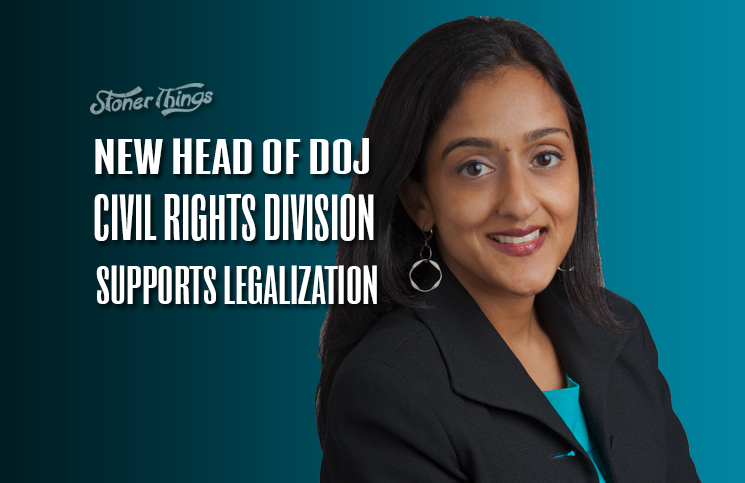 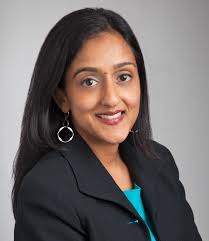 The Justice Department’s Civil Rights Division has a new chief, and she could be a hopeful sign of things to come.

Vanita Gupta, who moved to Justice from her job as senior attorney with the ACLU, has said she’s in favor of legalizing, regulating, and taxing recreational marijuana. That puts her a step ahead of her boss, Attorney General Eric Holder.

Holder has so far refrained from interfering with the two states that have legalized cannabis: Colorado and Washington. And he’s tried to hold an overzealous DEA in check. But he has never come down firmly on one side or the other.

Gupta wrote a column about her support of legal weed for CNN.com in September:

“The solution is clear. Instead of taxpayers spending millions of dollars on this unnecessary enforcement and keeping folks . . . in prison for the rest of their lives, states could follow Colorado and Washington by taxing and regulating marijuana and investing saved enforcement dollars in education, substance abuse treatment, and prevention and other health care.”

The closest her boss has come to supporting legalization was his comment in the spring that it’s “hard to tell” whether cannabis will be legal nationwide within the next 10 years. He hasn’t given his backing to decriminalization in Washington, D.C., either.

Holder has said he believes marijuana belongs in a more lenient category under the Controlled Substances Act. It’s currently included in schedule 1, a list reserved for only the most dangerous, most addictive, and least medially useful substances. It includes heroin, LSD, and ecstasy.

Weed has no place on schedule 1, at least not for rational reasons. Yet it has remained there since the 1970s, a relic of the early years of the “war on drugs.” Gupta said that should change.

Those “who seek a fairer criminal justice system, unclouded by racial bias,” she said, must “at minimum” push their governments to decriminalize pot. Ideally, she said, they should push for full legalization of recreational marijuana.

In her column, she said the legal pot programs adopted by Colorado and Washington are “racial justice victories” because they cut down on the number of needless pot arrests, most of which target blacks and Latinos. She called the drug war “a war on communities of color.”

Tom Angell, head of the Marijuana Majority, said Gupta will light a fire under politicians that could ultimately lead to nationwide legalization.

“Someone who believes that marijuana legalization is a social justice issue serving as the chief civil rights official in the Justice Department will be simply game changing,” Angell said.