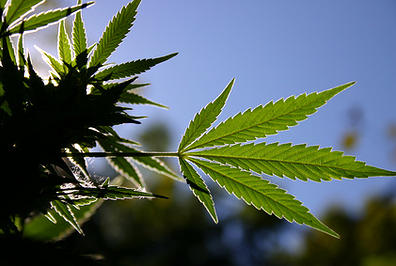 Some Nevada residents convicted of pot possession or sale could get a pass if a state lawmaker has his way.

State Sen. Tick Segerblom, a Democrat from Las Vegas, wants to grant pardons to medical marijuana users convicted of weed crimes. He plans to introduce legislation in the 2015 session of the Nevada Legislature.

“The idea is to go back and clean up some records for people whose sole crime was possession or sale of marijuana,” said Segerblom. “I’m going to propose a pardon, essentially.”

Pardons would clear the names of many medical marijuana users caught up in a poorly written law that allowed medicinal cannabis but gave patients no legal way to get it. The law, passed by voters in 2000, allowed growing but made seeds illegal. Possession was allowed, but not transfer.

That meant legitimate patients were frequently arrested, charged and convicted of marijuana crimes. Collectives formed by patients were deemed illegal, for example, and members were prosecuted. Segerblom’s proposal would remove the stigma and legal effect of these convictions.

Nevada’s MMJ law is already under attack, in the courts and elsewhere. The Nevada Supreme Court is considering a case involving collectives, in which a lower court judge ruled the law unconstitutional. 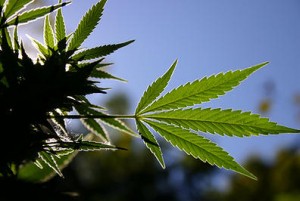 The judge, Donald Mosley of Clark County District Court, said the law de facto prevented patients from using medical pot in the state. He called it “ridiculous,” saying it would “make impossible any commercial distribution of medical marijuana.”

Segerblom and a fellow lawmaker, Sen. Mark Hutchison, a Republican of Las Vegas, are responsible for changing the law, pushing through a bill that establishes regulated dispensaries across the state. As of next year, patients will be able to buy their weed legally, in the open.

Now, Segerblom wants to right the wrong imposed on patients who did nothing more than exercise their rights under the old medical pot law.

The pardon bill “would say that people who have convictions – and I’m not sure exactly how it would be worded – that if you have a conviction for possession of marijuana or even sale under a certain amount when you had a prescription, that those convictions would be pardoned,” he said.

Segerblom may run into legal roadblocks with his proposal, however. The state constitution gives the governor, the state Supreme Court and the state attorney general the power to pardon people convicted of state crimes.

In other words, the lawmaker may have to work with another branch of government to make the pardons happen.