When Uruguay’s government took the final steps to legalize weed late last year, it may have sounded the quiet death-knell of prohibition across Latin America. Indeed, the move could have repercussions around the globe.

As the world prepares for a 2016 U.N. convention on illicit drugs, several countries are looking to Uruguay for inspiration. From Argentina to Holland, leaders are mulling legalization as a means to reduce drug violence, moderate addiction and direct revenue from the black market to the legitimate one. 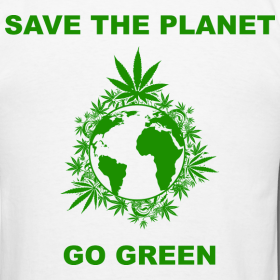 In Mexico, for example, lawmakers in left-leaning Mexico City are pushing a bill that would let stores sell up to 5 grams of weed. The country decriminalized small amounts of the drug in 2009, but as of yet there is no campaign to legalize all of Mexico. It’s not clear whether the country’s federal government will oppose the capital’s plan.

Last fall, the former president of Brazil, Fernando Henrique Cardoso, joined Kofi Anan, the former secretary general of the United Nations, in a call for decriminalization of all drugs. They also urged that countries be allowed to experiment with their own drug regulations.

Brazil has decriminalized personal drug use, but it’s still a minor offense to transport or traffic small amounts.

Argentina’s drug laws have been in flux since 2009, when the country’s Supreme Court ruled they violated constitutional protections of private actions. Simple possession is now decriminalized, but lawmakers are considering a complete overhaul of drug laws, an overhaul that could go as far as legalization.

Pot is partially decriminalized in Jamaica, where the dug is a significant part of the local economy. But possession arrests still go on residents’ criminal records, leading to problems getting jobs. A campaign is in the works to fully remove criminal penalties or, possibly, make all marijuana legal.

Personal drug use remains a crime in Guatemala, with penalties of between four months and two years in prison. But President Otto Perez Molina recently called the drug war in the Americas a failure and he experiments with legalization in Colorado and Washington “visionary.”

Perez Molina, speaking on the floor of the United Nations, proposed the legal regulation of drugs, an apparent turn-around for the law-and-order leader.

“Since the start of my government, we have clearly affirmed that the war on drugs has not yielded the desired results,” Perez Molina said in September. “We cannot keep on doing the same thing and expecting different results.”

Change is also in the works in the Netherlands. Technically weed is illegal there, though coffee shops in Amsterdam and elsewhere in Holland have sold it openly since the 1970s under a government policy of tolerance.

Then in 2012, the federal government decided it was tired of semi-legal pot and cracked down, ordering tokers to get special passes. This would have shut out tourists, a major source of business to Netherlands cafes. But many mayors refused to play along, including Amsterdam’s, and 35 of them have now banded together to demand full legalization.

And in Morocco, where weed cultivation was legal until the 1950s, two major political parties want to bring it back. Morocco produces a large chunk of Europe’s  hash supply – and Europe smokes a lot of hash. If marijuana returns, it would probably only be as industrial hemp and medicine, but even partial legalization in a conservative Muslim country would be a major accomplishment.

It’s anyone’s guess which country plays the lead after Uruguay. With pot already legal in two states, and more likely to come soon, the United States may be the big kid on the block, but only kind of – at least until federal law changes.