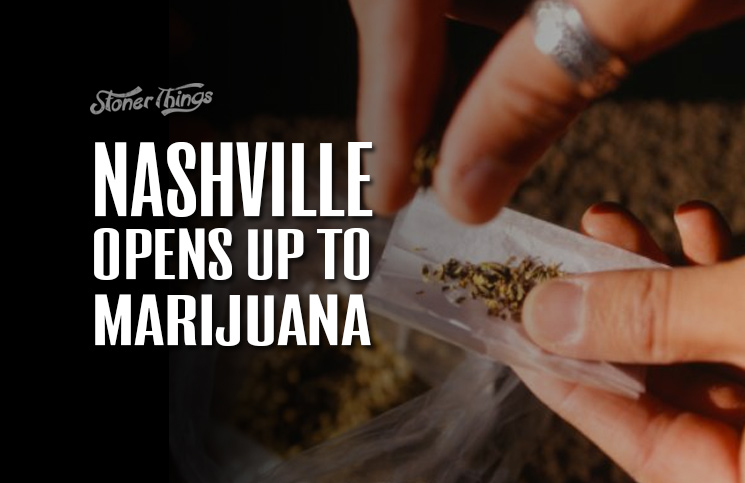 There was a time, not long ago, when the last thing anyone in Nashville wanted to talk about was drug reform or legalizing marijuana. Such discussions were the province of rock and roll liberals, not the die-hard conservatives of the country music scene.

But all that is changing.

The New York Times reports that city leaders are considering an ordinance that would decriminalize recreational marijuana use. The vote would drive a stake into the heartland of legalization opposition while bringing Nashville in line with the rest of the country.

The city’s Metropolitan Council was scheduled to vote on the measure in September, and it was widely expected to pass. If so, police who catch adults in possession of small amounts of pot could issue civil tickets instead of jail time.

The law would give cops discretion to charge a $50 fine for simple possession rather than filing misdemeanor charges. A judge could suspend the ticket later in exchange for an agreement to perform up to 10 hours of community service.

Among other goals, decriminalization would lift a significant burden off the shoulders of the Tennessee court system. It would also keep low-level offenders from suffering the consequences of a permanent criminal record.

It’s a small step by the standards of reforms in other places. Major cities from New York to Miami already have laws on the books allowing widespread marijuana possession without criminal penalties.

But Nashville is a special case. It’s the home of America’s most conservative musical genre, one slow to adapt to social change.

Marijuana was long a favorite only of the stars of “outlaw country” – Willie Nelson, Waylon Jennings, Merle Haggard, and Kris Kristofferson, among others. The rest of the city’s music industry retained its right-wing, tough-on-crime mentality for decades.

But the drug has gradually sneaked its way into mainstream country in recent years; even Toby Keith sang about the weed he once shared with Willie (“I’ll Never Smoke Weed with Willie Again”).

“The fact that the decriminalization proposal has a good chance of passing here in Nashville – the great promulgator of heartland values in song, and home to the conservative Southern Baptist Convention – says something about the steady erosion of the fear of marijuana, which, for many here, has come to seem about as threatening as a Lady Antebellum ballad,” The Times noted in its report.

Moving forward with the times

The area’s attitude toward legal marijuana has changed dramatically in recent years. As recently as the early 1990s, the city’s police chief supported capital punishment for people caught growing or selling the drug three or more times, or selling it to children.

But Daron Hall, current sheriff of Davidson County, called the ordinance “a step in the right direction.” His counterpart in Nashville, Police Chief Steve Anderson, has taken a “neutral” stance on the vote, as has Mayor Megan Barry, though her spokesman said that “generally she’s supportive of the idea of decriminalizing marijuana.”

And as Nashville changes, its music industry has followed suit. Cannabis shows up in country lyrics on a near-regular basis these days, and more stars admit to enjoying it on occasion.

That’s nothing new for the outlaws, many of them notorious drinkers and drug users. But local singer-songwriter Todd Snider, whose songs embrace the outlaw spirit, said references to pot say a great deal about the state of marijuana reform across middle America.

“That’s the barometer,” he said. “Those guys don’t say stuff that mom don’t tolerate. And mom’s like, ‘Ah, pot’s not so bad anymore.’”

What about you: Do you listen to country? Any favorite stars who use weed? Leave a comment and let us know.