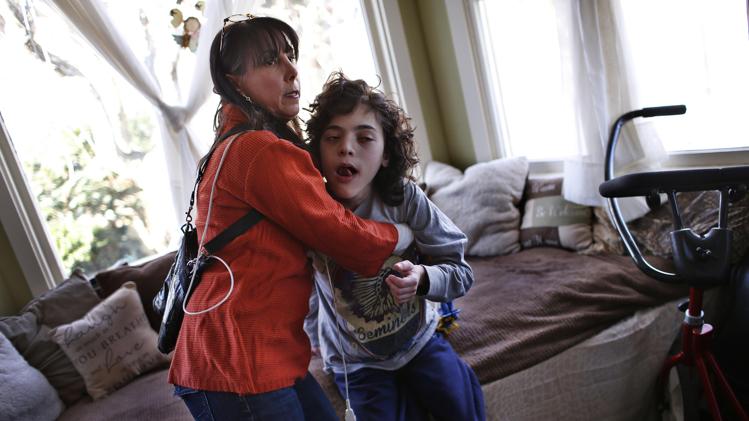 New York will be the next state with medical marijuana – but that may not be much help to many of the patients who most need it.

They include people like Oliver Miller, 14. Miller suffers from severe epilepsy and has hundreds of seizures a day. Treatments are limited and hope is scarce. But medical cannabis offers some promise.

The problem? Oliver’s mother, Missy Miller, needs a special strain of marijuana to treat him. It’s high in a chemical that quiets overactivity in the brain, reducing seizures, and low in the chemical in weed that makes users high.

And so far it’s grown only in Colorado. What’s more, New York’s system, signed into law by executive order, doesn’t allow home cultivation or the importation of pot from outside the state. The drug can only be obtained from a short list of hospitals for a short list of diseases. And the latter list doesn’t include seizure disorders.

Gov. Andrew Cuomo signed the order Jan. 8, making New York the 21st state to adopt medical cannabis. Though it offers hope for some patients, it’s one of the tightest programs in the nation and will leave many out in the cold.

Cuomo had previously opposed medical pot, and the idea has stalled in the state Senate four times over the last two decades. But political realties in New York and across the country are changing rapidly, with voters there strongly in favor of medicinal weed and outright legalization.

New York City has a new, progressive mayor who has stolen the spotlight from the state’s other Democratic leaders. Cuomo’s announcement was seen by many observers as an attempt to reclaim a piece of the growing liberal movement in the state.

But the program he announced bows to a unique power dynamic in Albany. Both houses of the Legislature are dominated by Democrats, but in the Senate, several conservative members of the party have gone rogue and are running the chamber along with several Republican senators. This coalition is currently blocking attempts at marijuana reform and holds a great deal of political power in the state.

“The law is very limited and cumbersome and will leave out a lot of people, said state Assemblyman Richard Gottfried, an advocate for legal marijuana. He called Cuomo’s move an “interim step.”

Many of the states that have adopted MMJ in recent years have made a point of enacting regulations that use California as a point of reference – they all claim, in other words, to be tougher than the regulations imposed in California.

But if anything, the number of conditions for which cannabis can be beneficial continues to grow, not shrink. Several states have recently added post-traumatic stress disorder to their lists of treatable conditions.

And the marijuana strain Missy Miller seeks for her son, known as “Charlotte’s Web,” has been in the news repeatedly in recent months. Parents and doctors have vouched for its effect in staving off seizures in severely ill children, though little empirical research has been done.

Missy has hope, even if New York is making it especially difficult for her son to get the medication that could help him most.

“You see the glimpses of what he is,” she said. “I just want him to have and to meet his full potential.”