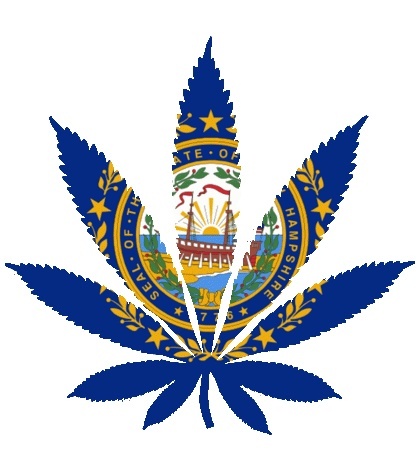 New Hampshire residents may soon see weed decriminalized in their state, even though the governor is likely to stand in the way.

The New Hampshire House of Representatives voted 215-92 on March 12 to remove criminal penalties on simple possession of pot and replace them with a civil fine. The bill passed with strong bipartisan support.

The measure now moves on to the state Senate, which is controlled by Republicans. They are less likely to favor it, on the whole, but there may be strong bipartisan backing there as well.

“With a strong vote today we can send a powerful message that the time has finally come to reduce New Hampshire’s excessive penalties, said state Rep. Adam Schroadter, a Republican.

New Hampshire is the last state in New England to impose criminal penalties for possession of small amounts of weed, Schroadter said. Maine took the step 38 years ago.

Under current state law, holding up to an ounce of pot is a misdemeanor. Penalties include up to a year in jail and a $2,000 fine. Under the bill passed by the House, possession of that amount would carry a find of $100, similar to a traffic ticket.

Also, growing up to six plants would be treated as a misdemeanor. Now it’s considered a felony.

There were 2,800 arrests related to marijuana in 2010, all but 11 percent of them for simple possession, said Rep. Keith Murphy, a Republican.

“We believe our taxpayer dollars would be better spent addressing crimes like murder, rape, and theft,” Murphy said. “Gov. Hassan should explain to the people of New Hampshire why she believes they deserve up to a year in jail for simple marijuana possession.”

Proponents of decriminalization stressed that it’s not the same as legalizing. Growers and sellers are still subject to felony charges, and there is still a penalty for violating the possession law.

Still, the policy has some staunch opposition. Rep. Shawn Jasper, a Republican, noted that an ounce contains 50 or 60 joints’ worth of weed.

“That’s like carrying around two 30-packs of beer for personal consumption,” Jasper said. “Instead of taking the time to do things right, we’re like a freight train moving forward.”