Everyone knows the munchies, even people who have never hit a bong or toked a joint. Entire fast food chains, from Taco Bell to White Castle, exist largely because marijuana increases appetite and sends users on binges.

But the mechanics of the munchies have always been obscure to scientists – until now. New research published in the journal Nature Neuroscience in February ties cannabis food cravings to our sense of smell.

Here’s how they believe it works. Certain chemicals in weed, known as cannabinoids, activate receptor cells in the olfactory bulb of the brain – the region responsible for smell. One effect of this is that we smell things more intensely, and thus become hungrier, when we’re high.

“The ‘munchies’ effect of marijuana depends on cannabinoid receptors,” said Giovanni Marsicano, author of the study. “The number and the activity of these receptors can determine their effects. Our paper suggests that the impact of marijuana on olfaction (sense of smell) might be a determinant for its effect on food intake.”

“Like that, the odours appear stronger to the subject,” Marsicano said.

They already knew that fasting leads the body to produce more natural cannabinoids, which prods us to eat when we’re hungry. But the researchers discovered for the first time that it’s the activation of cannabinoid receptors in the nose, specifically, that makes us eat more.

If marijuana cannabinoids are used instead of natural cannabinoids, appetite becomes even stronger, and the mice ate even more. The researchers said their subjects and humans have a lot in common when it comes to the study’s topic.

“The effects of cannabinoids on food intake are very similar between mice and humans,” Marsicano said. 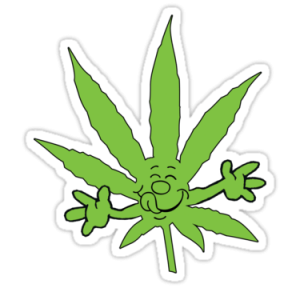 The research has important implications beyond marijuana. The study helps explain how the body deals with hunger, and that could lead to drugs that target the cannabinoid receptors in the olfactory bulb for patients with overeating disorders.

“Many feeding disorders are accompanied by altered perception in general,” Marsicano said. “Smell is particularly linked to food intake and is particularly altered in different diseases. Obese people tend to be more attracted by food odours.”

Marijuana itself is already used as a drug to treat appetite suppression in several conditions, such as cancer and HIV/AIDS. The munchies are considered one of the few effective ways to overcome the loss of appetite and wasting that frequently accompany these conditions.