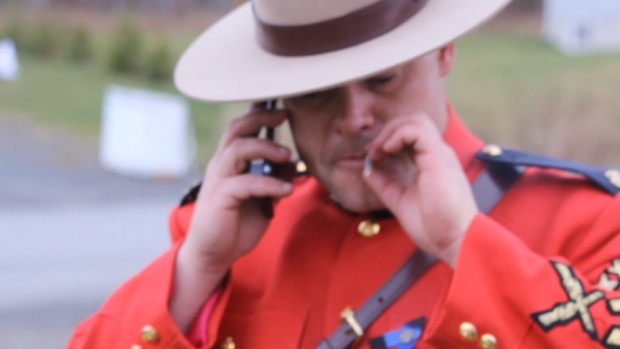 It’s a scenario most Americans would find unbelievable: a police officer asking to smoke weed on the job. Yet north of the border, it’s a reality. 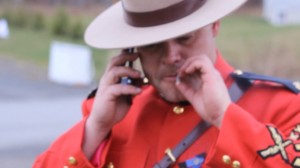 An officer of the Royal Canadian Mounted Police was recently given a prescription for medical marijuana to treat job-related stress. He has now asked his bosses to let him use his medicine at work.

This has sparked the usual back and forth between marijuana foes and advocates. Those supporting the mountie say he has a disability that’s protected by law, while others say letting him smoke in uniform will tarnish the reputation of the national police agency.

Corporal Ronald Francis, who serves in the New Brunswick province, obtained a prescription for medical marijuana on Nov. 4. He got it under the country’s medical marijuana program, which dates to 2001, because he suffers from on-the-job stress. Francis then asked his superiors to let him use his medicine while in uniform, but they refused.

Those who oppose Francis’ request include Canada’s attorney general, Peter MacKay, who said it would “set a very poor example for Canadians.”

Francis and his supporters, meanwhile, say the issue is a medical matter, and employers need to learn how to deal with it.

Canada has had legal medical weed since 2001, when the nation’s courts struck down laws preventing it. Patients with debilitating medical conditions can be treated under the state-run CanniMed program.

Francis suffers from post-traumatic stress disorder from 21 years in law enforcement, a condition alleviated by medical marijuana. He was prescribed up to three grams a day – slightly less than an eighth of an ounce – but told the Canadian Broadcasting Corp. he doesn’t smoke that much.

“I get up in the morning, have my coffee and the marijuana,” he said. “I go at lunchtime, have a marijuana joint, and then again in the evening. That would be my medical regime. But that may change with my tolerance to THC. It may take two joints in the morning, I don’t know.”

Francis said the pot doesn’t impede his ability to function professionally. But the decision to use medical cannabis didn’t come easy to a career cop.

“I had to really make a moral decision about it,” Francis said. “Because the RCMP and law enforcement, they seem so anti-marijuana, and that’s a hard thing to overcome, so I had to make that decision for my own health. It wasn’t based on my career or anything.”

The corporal’s honesty about his medical use apparently didn’t sit well with his superiors. He’s been assigned to desk duty, and his gun has been taken away.