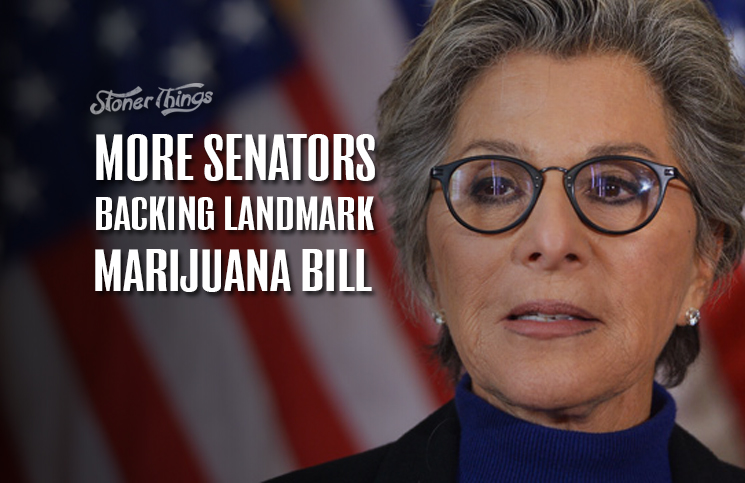 Just days after a bipartisan trio of senators introduced legislation that would essentially legalize medical cannabis on the federal level, several other high-profile lawmakers have jumped on board.

They include Sen. Barbara Boxer, Democrat of California, and Dean Heller, Republican of Nevada. Their names, plus a plainly shifting tide in weed law, could give the bill the momentum it needs to become law.

Even if it doesn’t happen with this bill, the popularity of the proposal will only grow, and Congress will eventually be forced to reckon with changing public opinion about pot. But there’s a consensus that the odds for this attempt are getting better by the day.

Support across the bipartisan isle

Heller put his name on the bill shortly after it was introduced. Boxer added her support March 17, though her office downplayed the importance of that development.

“Senator Boxer is a strong supporter of California’s medical marijuana law and she believers that patients, doctors and caregivers in states like California should be able to follow state law without fear of federal prosecution,” Zachary Coile, Boxer’s spokesman, said in a press release.

Boxer isn’t running for reelection in 2016, so she’s not taking much of a risk politically. She already supports California’s medical weed law, though she has said she opposes full recreational legalization.

The proposed law would go further than any previous federal reforms by moving marijuana from its current listing under schedule 1 of the Controlled Substances Act of 1970. That law lumped cannabis together with heroin, mescaline, and ecstasy, deeming it highly dangerous, highly addictive, and medically useless – despite volumes of evidence to the contrary on all three points.

Law would move marijuana to schedule 2 in CSA

The legislation would push weed down to schedule 2, which includes cocaine, methamphetamine, and PCP, all dangerous, addictive drugs with important but limited medical uses. It’s highly debatable whether marijuana belongs in schedule 2, or within the Controlled Substances Act at all. Still, 2 is better than 1.

The bill wouldn’t legalize weed, though. The drug would remain illegal under federal law for recreational use. And the legislation wouldn’t create a federal MMJ system. Instead, by rescheduling the drug, it would make it safer for states to allow their own medical pot programs.

Boxer’s support drew praise from marijuana advocates, in and out of California.

“Sen. Boxer represents the state that led the way on medical marijuana, and it’s about time she took some action to defend the will of California’s voters from federal interference,” said Tom Angell, chairman of Marijuana Majority.