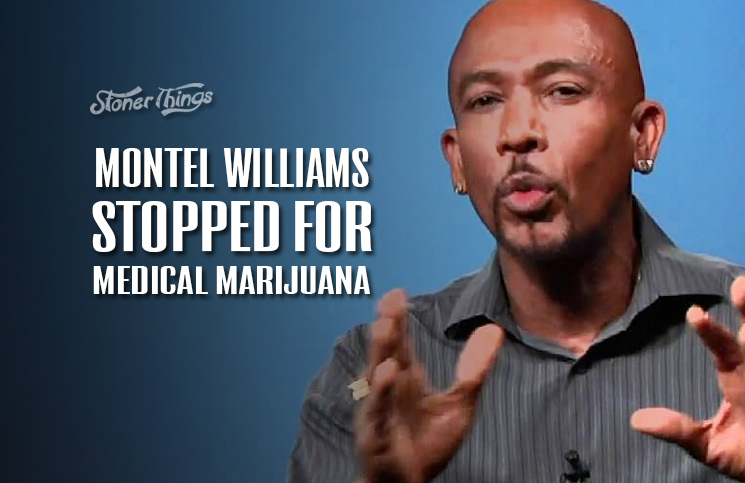 Williams was stopped at the Frankfurt Airport, his representatives announced after the incident July 30. The stop was relatively brief, they said, and he does not face any criminal charges or fines. German airport police released him within less than an hour after confirming his U.S. prescription is legitimate.

“This morning while traveling through the Frankfurt Airport, Montel was briefly held in German customs while they verified the validity of one of his MS prescriptions,” his representative Jon Franks said in a statement. “Once it was verified, he was promptly released.”

Williams, 60, was walking through the customs lines at the airport when an agent discovered less than a gram of cannabis in his suitcase. He told the agent he accidentally left the droppings before leaving the United States. He said he uses the pot to relieve symptoms of multiple sclerosis.

The longtime TV personality was able to obtain paperwork from his American doctor confirming his claim and was released less than an hour after he was stopped.

Germany prohibits recreational cannabis use and allows the drug for only very limited medical problems, including terminal illness, cancer, and severe chronic pain. Foreigners are not allowed to use the drug as medicine while traveling in the country, just as German patients would not be allowed to use it in the United States.

Williams used the incident as an opportunity to remind viewers and Facebook followers why he supports better access to medicinal cannabis and legalization of the drug for recreational use.

“Unfortunately this is the reality faced by medical marijuana patients every day all over the world,” the statement said. “Today, Montel reaffirms his commitment to fighting for sensible medical marijuana policies across the world and to fighting the stigma he and so many other seriously ill Americans face every day for simply following the advice of their doctor — in Montel’s case a world-class Multiple Sclerosis specialist.”

But Franks noted that customs agents treated Williams respectfully and never accused him of committing a crime. He was only asked to produce evidence of his American marijuana prescription.

“He has asked that we relay to the German government, via their embassy, his appreciation and gratitude for the respect with which he was treated by German officials,” Franks sold Page Six at the New York Post.

Williams frequently speaks out in support of cannabis reform, especially medical marijuana issues, and is considered one of the most credible mainstream advocates of legalization.

Comment below: Do you watch Montel? Is he an effective advocate for marijuana reform?