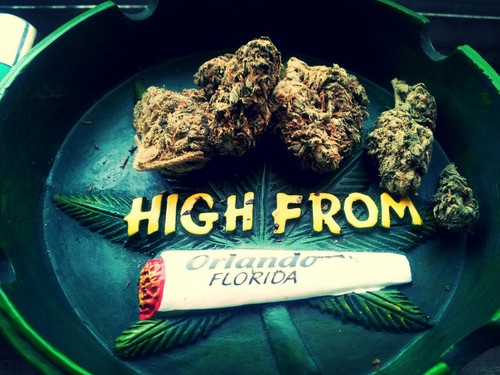 Florida is considered a prime target for medical marijuana activists. They’ve gathered more than enough signatures to put MMJ on the ballot in November. Now all they need is approval of their ballot language from the state Supreme Court.

They’re opposed there by Florida’s Tea Party political establishment, led by Attorney General Pam Bondi and backed by Gov. Rick Scott. It’s still an open question whether the justices will agree with Bondi that the ballot language proposing medical pot is misleading, but a lot of money says the constitutional amendment will ultimately become law. 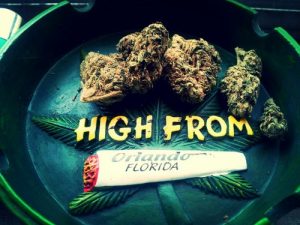 Now Republicans in the state are attacking the idea from every angle they can find. And their favorite tactic has become a constant refrain: John Morgan, the Orlando personal injury lawyer most responsible for the push to legalize medicinal cannabis, is using the issue to push the political aspirations of his law partner, former Gov. Charlie Crist.

Crist, who left the Republican Party after it turned on him for embracing President Obama at a rally, is running for the office again, this time as a Democrat. Polls generally show a close race, with Crist leading Scott by a few points.

Florida Republicans allege Morgan and Crist are using medical marijuana as a scheme to draw Democratic voters to the polls.

Democrats, meanwhile, say Republicans are doing the same thing, trying to keep the initiative off the ballot so fewer Democrats will turn out and Scott will have a better chance of winning.

Bondi says Morgan’s ballot proposal is misleading because it gives doctors too much leeway in prescribing weed, something Morgan disputes. The Supreme Court cannot rule on whether it thinks the proposed amendment is good or bad, only on whether it misleads voters.

At a recent political gathering in Tampa, Perry Thurston and George Sheldon, both Democrats opposing Bondi in the next election, said she was challenging the amendment for political reasons.

“You don’t want those people to come out to vote,” Thurston said. 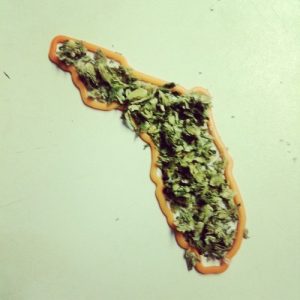 MMJ is now legal in 21 states, while two of those, Colorado and Washington, have legalized recreational pot as well. Florida is considered a major prize for reformers, potentially the first state in the South to adopt medical weed.

Supporters of the plan gathered more than 1.1 million signatures, more than the nearly 700,000 they need. As of Jan. 24, state elections officials had certified enough signatures to put the issue on the ballot, assuming the Supreme Court rules in Morgan’s favor.

Though both sides are accusing each other of ulterior political motives, it’s not clear that will make much difference in the end. Some experts say medical marijuana is not a major draw at the polls, unlike full legalization.

“My gut instinct is that the medical marijuana initiatives do not have the same kind of impact on young voter turnout,” said Steve Fox, co-founder of the National Cannabis Industry Association, a new industry trade group.