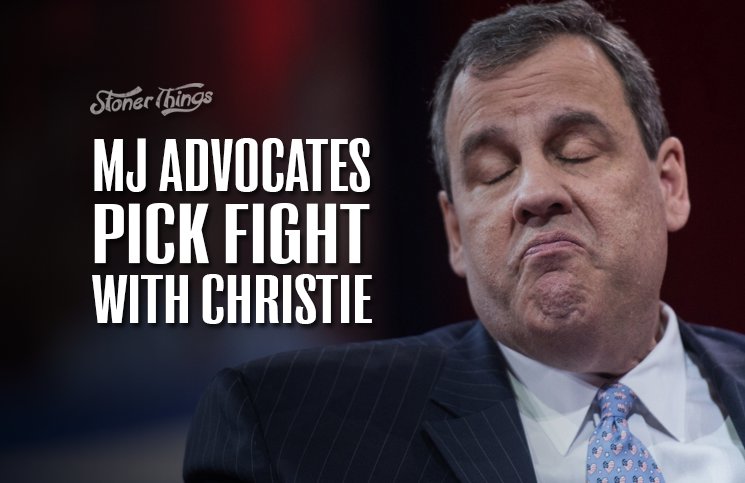 Legal marijuana could soon be on its way to New Jersey, if Democratic lawmakers there have their way.

A state Senate committee held a hearing on legalization in November, and a Democratic senator is pushing legislation that would legalize weed for recreational use. It is already allowed for medical use in New Jersey, although Gov. Chris Christie, a Republican, has tried to block that program in the past.

Backers of legalization were explicit that they expect a fight with Christie, a staunch opponent of pot reform. He is seeking the GOP presidential nomination and has repeatedly stressed that he will do everything in his power to stop legal cannabis from becoming a reality.

State Sen. Nicholas Scutari drafted the bill that would legalize the drug. It would be taxed and regulated, while adults over 21 could buy, possess, and use small amounts of it for any purpose.

“I believe our state should lead the way,” Scutari said.

New Jersey is an unlikely battleground for legal weed, at least while Christie is in office. His political belligerence over the years has made it much more difficult for advocates to build a working medical marijuana program that helps patients.

Christie took office shortly after that program became law, and he vowed to stop it. He failed at that, but he has prevented further reforms from taking effect at the state and local level. And though New Jersey now has five operating dispensaries, with a sixth coming soon, Christie tried to keep the first shops from opening.

The governor has made it clear in recent weeks that he has no plans to back off his obstinance on pot. He has promised to stamp out legalization across the United States if elected president, forcing pot shops to close and recriminalizing adult use.

“As a former federal prosecutor, I’ve been the most outspoken person in this race on this issue,” he said in a recent interview. “I am completely, 100 percent opposed to drug legalization. That’s different than being for treatment.”

During the hearing, legalization activists pointed out that reform would cut down on the disproportionate number of arrests in the black community. This disparity has become a centerpiece in a growing movement to reform the criminal justice system in America.

Indeed, Christie has joined this cause, arguing passionately at campaign stops for medical treatment of drug addicts. The governor has repeatedly talked about a friend from law school who died of a heroin overdose after an addiction to opiate painkillers destroyed his life.

During her testimony before the committee, Udi Ofer, executive director of the New Jersey office of the ACLU, pointed to recent video of Christie making that argument. Ofer noted the disconnect between his words and the realities of law enforcement in New Jersey.

“Here we have a governor who talks about how the war on drugs has failed,” she said. “Yet we have seen arrests increase over time. There’s an inconsistency there.”