The Minnesota state Senate approved a bill May 6 that would allow medical marijuana but bar patients from smoking the drug.

The vote of 48-18 came after months of tussling between lawmakers, Gov. Mark Dayton, law enforcement groups, weed advocates, and parents of children whose severe epilepsy could be treated with MMJ. The margin of victory was wide enough to survive a veto by Dayton, who opposes the bill. 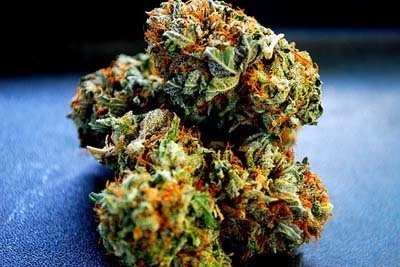 The measure is the first in the country to bar marijuana patients from smoking the drug. Instead they would be limited to THC pills, which are rarely effective; oil extracts; or vaporizers.

Those limits would make life much more difficult for those who need weed, patients said. Many of those who benefit from MMJ experience muscle spasms and other symptoms that make it hard to pack a bowl or roll a joint, let alone work a complicated vaporizer. Others can’t take pills or oil because severe nausea from chemotherapy or radiation treatment make it impossible to keep them down.

For these patients, smoking is the only delivery method that provides the immediate relief they need.

“A vaporizer is cumbersome,” said Pat McClellan, 47, who uses a vape to treat his muscular dystrophy. “It takes both hands to use and the high-end ones, which don’t break like the other ones, can cost $500 to $700.”

It’s not clear what fate awaits companion legislation in the Minnesota House, which was scheduled to debate it May 9. That bill is even more restrictive than the Senate version, requiring that medical professionals supervise any vaporizer use.

As with many other MMJ laws across the country, restrictions were added during the legislative process to appease opponents of medical weed. Police groups, armed with absolutely no evidence, insisted smoking doesn’t work and is a “gateway” leading to harder drugs.

They pushed for the severe regulations in the House version, including rules that prevent access to dried marijuana and limit patient access to a single dispensary in Minnesota – a state that covers almost 87,000 square miles and stretches 400 miles from Iowa to the Canadian border.

“We’re tremendously opposed to the Senate approach,” said Dennis Flaherty, executive director of the Minnesota Police and Peace Officers Association. “The House bill is much different. In that bill, you do not get raw crude marijuana. In the Senate bill, (patients) are allowed to have 2.5 ounces of marijuana.”

MMJ proponents have fought back, saying these rules may kill hopes for a program coming out of this session. It could be especially difficult to win final passage because the House bill is so radically different from the Senate version.

The Senate bill proposed 55 clinics that could dispense weed to patients across the state. They would open their doors July 1, 2015. Only patients with certain severe conditions would be eligible: cancer, epilepsy, and glaucoma, for example.

Special photo IDs would be required, along with a personal exam by a doctor or doctor of osteopathy. The patient must get a written opinion from the doctor stating that he or she would likely benefit from medical cannabis.

Gov. Dayton, who is running for reelection in a state with weak support for weed reform, has generally opposed the legislature’s attempts at MMJ, both in past years and this time around. Initially he said he would only support legislation backed by police. The law enforcement groups have conceded some ground, but it’s still unlikely they’ll support anything that comes out of the legislature.

Dayton backed off from that position when it became clear it wasn’t generating good press. Instead he proposed a study by the Mayo Clinic into the efficacy of CBD oil, a non-intoxicating strain of pot used mainly to treat epileptic children – never mind that such a study almost certainly could never win necessary federal approvals.

That stance caused even more trouble when the parents of these children accused the governor of dragging his feet and refused to work with him. Now Dayton is faced with a restricted version of the law he didn’t want in the first place.

On April 5, Dayton said law enforcement would be just one factor in deciding whether to sign whatever ultimately lands on his desk.