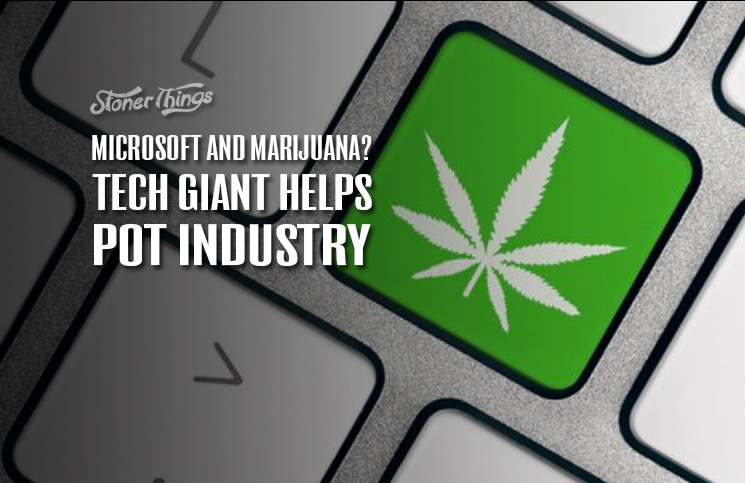 America’s tech industry has opened yet another door to the future of legal marijuana.

The move helps legitimize Kind Financial and its competitors while giving Microsoft an in with a new industry on the verge of exploding across the country. Kind Financial is based in Los Angeles and provides technology solutions that allow cannabis businesses to track their product from seed to sale.

The company was already a commercial client of Microsoft’s Azure cloud service and will now move up to Azure Government, a specialty platform for businesses that interact with the federal government. Federal law still bars marijuana for any use.

“Thanks to Microsoft’s huge reach, it’ll be easier for us to target every state with our compliance solutions,” said David Dinenberg, Kind Financial’s executive director. “It’s a win-win for both of us as more states look to legalize medical marijuana.”

The plan helps Kind and Microsoft in different ways. Kind will gain access to other legitimate players in marijuana commerce, including government agencies and other businesses. Microsoft, meanwhile, is following through on the promises of CEO Satya Nadella to expand cloud services and move the software giant away from a business model that has not aged well.

Legal cannabis, with its huge growth potential, offers Microsoft a chance to beat competitors to a new market. The Kind announcement follows news that Microsoft would spend $26 billion to buy the professional networking site LinkedIn. In both cases, Microsoft wants to put its products in the hands of new consumers – Microsoft Office in the case of LinkedIn, Azure in the case of Kind.

Marijuana is legal for any use in four states and the District of Columbia, while medical cannabis is allowed in another 21 states. Legal sales of the drug hit $5.7 billion in 2016 and are expected to reach $22 billion by 2020, according to New Frontier, a cannabis industry analytics firm.

“Its undeniable that Microsoft’s interest in this industry shows we are maturing,” said New Frontier’s chief executive, Giadha DeCarcer. “Not only will the perception of companies in the cannabis space improve externally as a result of this news, but it’ll also mean that everyone from mom and pop businesses to sophisticated multinationals will see their opportunities improve.”

Kind’s inclusion on Azure Government doesn’t mean its dealings with the government will be any easier, however. Federal cannabis law is in limbo, with statute books prohibiting the drug for any use but Congress and the White House moving toward a hands-off approach.