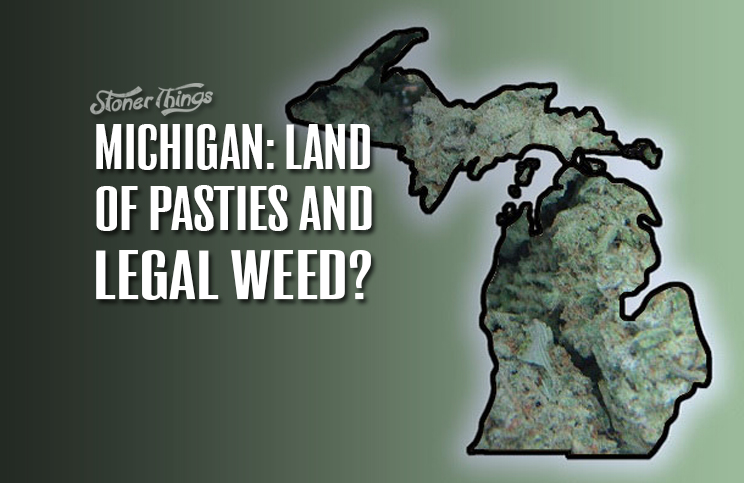 Add Michigan to the list of states whose residents could vote to legalize weed within the next two years.

Marijuana proponents filed paperwork with the State Board of Canvassers in early April, launching a campaign to put legalization on the ballot. The group must now collect at least 300,000 signatures from registered voters.

If they succeed and the state approves the ballot language, the issue could reach voters in November 2016. That year’s ballot will include the race for president, meaning more of the young voters who strongly support legalization.

More restrictive than other legal states

Backers of the proposal describe it as tougher than the laws that allow recreational weed in Colorado, Washington, Alaska, and Oregon, saying it won’t allow public toking. Of course, none of those states allow public consumption either, but it may be wise to use this restriction as a selling point in a state where marijuana reform has been slow at best.

“There is no point in doing this if we’re not going to be able to make it reasonable, understandable and straightforward enough that people in the general election in 2016 are going to come out and vote for it and support it,” said Matt Marsden of the Michigan Cannabis Coalition, the group behind the ballot campaign.

Michigan could be ready for legalization

Still, Michigan may be ripe for legalization. Voters in all 83 of the state’s counties approved medical marijuana at the ballot box in 2008. And while resistance to reform has been fierce, especially among conservative local officials, MMJ has become an accepted reality – so accepted that a state court recently rebuked a prosecutor for ranting against medical pot during closing arguments.

The proposed law would be more restrictive in several ways, even if its ban on public toking isn’t unique. For one thing, convicted felons would not be allowed to grow weed at home. And other adults could grow only two plants at a time.

Cultivation, processing, distribution, sale, and possession of cannabis would all be legalized for any purpose. Adults over 21 could use the drug at home, but apparently would not have access to marijuana clubs or other semi-public places designed for marijuana consumption.

A Cannabis Control Board would regulate the new industry, granting licenses to retailers and cultivators. Home growers and commercial growers would both have to obtain licenses, an unusually tight restriction for a cannabis reform law.

The Michigan Legislature would be free to impose any tax it sees fit, though the money would be reserved for public education, public safety, and public health. Unfortunately, the proposal also includes a provision allowing local communities to bar retail pot within their borders.

Marsden said Michigan and its voters stand to lose a fortune if they fail to act on legal weed.

“Your wallet and my wallet aren’t necessarily impacted by this, because we’re not going to choose to buy it,” he said. “But I’m still going to reap the rewards of whatever revenue it generates. Whether it be the low end or the high end, we still know there will be new revenue that isn’t going to be coming from a general tax increase.”