Two more Michigan cities could vote to legalize weed in the November election.

Activists in Saginaw and Grosse Pointe Park turned in stacks of voter signatures to local election officials in July. If enough of them are validated, pot legalization would be on the ballot in both cities this fall.

Michigan is home to a growing nationwide movement to legalize marijuana one city at a time. Last year, residents of Lansing, Ferndale, and Jackson, Mich., voted to legalize weed in their communities.

The move to legalize at the municipal level reached its current peak in Portland, Maine, last fall. There, voters made the city the first on the East Coast to lift restrictions on marijuana possession.

But Michigan remains the hotbed of local reform. And the odds look relatively good for November.

Activists in Saginaw Say They Have Enough Signatures

“We hope it deals a death blow to the prohibition of cannabis,” said Cary Justice, who leads the legalization campaign in Saginaw.

Justice said supporters have enough signatures to put the issue on the ballot. They need 2,000 valid signatures to succeed. Typically, petition drives must gather about 30 percent more signatures than they need, since many would likely be invalidated.

The group in Saginaw turned in 90 percent more signatures than they needed. Assuming there isn’t a mass problem with the signature effort, there should be enough to put the issue before voters.

“I believe we have our numbers with a buffer,” Justice said. “Once the people get a chance to vote, they’re going to vote it in.”

In Grosse Pointe Park, activists needed 493 signatures and turned in 596 – 20 percent more than the minimum. Tom Lavigne, a lawyer who organized the petition drive, predicted legalization would make the ballot and pass in November, but said “it won’t be a landslide.” 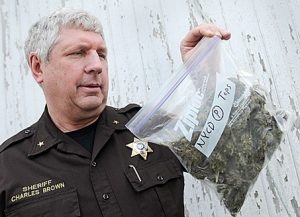 Local reform isn’t a perfect approach. It only changes local policy, not state or federal law. Since local police enforce state laws, they can still arrest people for minor possession. And many cops say they will.

But some evidence suggests local legalization can work. Police, especially in cities where residents strongly favor reform, may be less likely to make arrests if those residents have expressed their will at the polls.

Advocates started collecting signatures in April. In Saginaw, Justice said she’s confident her group will succeed in the end.

“I’ve looked over each one of these signatures tediously,” she said.