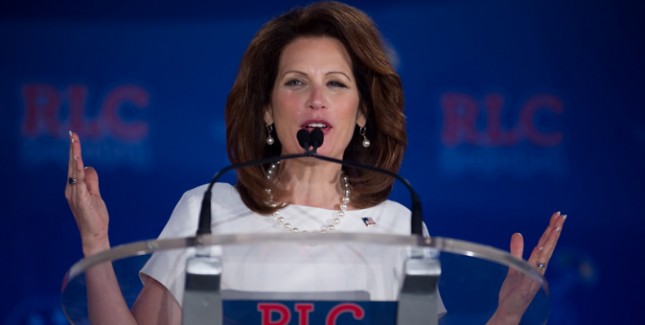 It sounds too juicy to be true: Michele Bachmann, Minnesota congresswoman, onetime presidential candidate, wild-eyed picture of everything unstable in American politics, was arrested for driving Rocky Mountain High through the weed-friendly state of Colorado?

In fact, it is too juicy to be true. That’s because it’s a hoax, yet another to fool countless readers eager for news from the first week of legal pot in the United States.

This particular rumor was generated by a satire news site called Newslo, which ran a story claiming Bachmann was arrested in Fort Collins Jan. 7 on charges of driving under the influence of a controlled substance – namely, marijuana. A stoned Bachmann reportedly ran a red light and failed multiple sobriety tests before being booked at the county jail.

“According to a source familiar with the situation, Rep. Bachmann was spending the holidays with her family in Colorado, and decided to indulge in cannabis consumption, following the state’s legalization of the drug on January 1st,” the article said. “Bachmann readily admitted to arresting officers that she had consumed marijuana that evening, but claimed that she did not know that it was illegal to drive under the influence.”

It didn’t take long for the fake story to circulate. And, as usually happens with these items, it took about as long for the first gullible readers to fall for it. The article quickly became enough of a problem for real-life public officials that the City of Fort Collins was forced to issue a tweet pointing out the obvious.

“On the record, those internet rumors about Congresswoman Michele Bachmann being arrested for DUI in Fort Collins are NOT true,” the post read.

Bachmann’s spokesman, Dan Kotman, further assured readers the retiring politician had not started smoking Mary Jane. Bachmann, first elected in 2006, is widely considered among the most, if not the most radically conservative member of Congress. She is not running for re-election in 2014.

Ironically, one of the few areas in which she hasn’t taken a dramatic right-wing position is drug policy, including marijuana. Her only known statement on the issue, in 2011, took no position on legalization one way or another.

Colorado and Washington State both legalized marijuana in 2012. The first retail pot shops opened in Colorado New Year’s Day. The first week was considered a rousing success, with just a few dozen shops raking in more than $5 million in sales.

Legal weed has attracted customers from across the country, as well as hoaxes from across the Web. Another article that fooled thousands claimed 37 people died of cannabis overdoses on opening day. There is no known medical or historical record of anyone dying from a marijuana overdose, ever.