An Iowa man who was put through the legal wringer over his attempts to grow medical marijuana has died, the Associated Press reported in January. 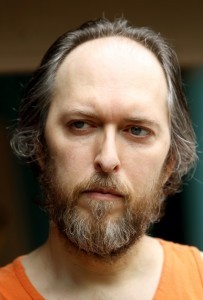 Benton Mackenzie died Jan. 12 in Long Grove, near Davenport and the Mississippi River in eastern Iowa, his family said. He was 49.

Mackenzie’s mother, Dottie Mackenzie, confirmed her son’s death the next day. She and her husband, like Benton Mackenzie’s wife and their son, were dragged into the legal case.

Benton Mackenzie tried to grow medical marijuana at his parents’ home but was arrested in 2013. Police found 71 pot plants, grow equipment, paraphernalia, and a small amount of weed.

Iowa has a medical weed law, but it only applies to children with intractable epilepsy. Even then, there’s no legal way to get the stuff.

Benton Mackenzie tried to argue medical necessity in court, but the judge prevented him from discussing anything about his illness on the witness stand. He was rushed to the hospital during a hearing and nearly died, but the prosecution continued.

He was ultimately convicted in July 2014 on marijuana manufacturing charges. His wife, Loretta Mackenzie and their son, Cody Mackenzie, were also convicted.

Prosecutors initially filed additional charges against Dottie Mackenzie and her husband because they owned the home where Benton Mackenzie planted the weed. But those charges were dropped after a public uproar.

Benton Mackenzie was sentenced to three years’ probation, though he was expected to die much sooner than that. He was barred from using weed again, but promptly flew to Oregon, where he smoked up as a registered visiting patient.

Will this happen again? 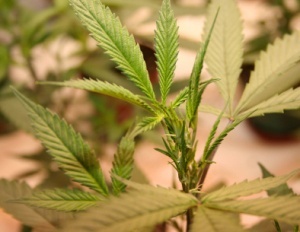 Dottie Mackenzie said she had made peace with her son’s death and the trial that preceded it. But law enforcement in Iowa are likely already looking for new MMJ targets, meaning this will all happen again.

Benton Mackenzie suffered from terminal angiosarcoma, a blood-related cancer. He used marijuana to treat the nausea, vomiting, and wasting associated with cancer treatments.

Probably nothing could have saved him from the disease. But he didn’t have to spend the last years of his life in and out of court, with death behind bars as a looming threat. No one should ever have to choose between good health and freedom.