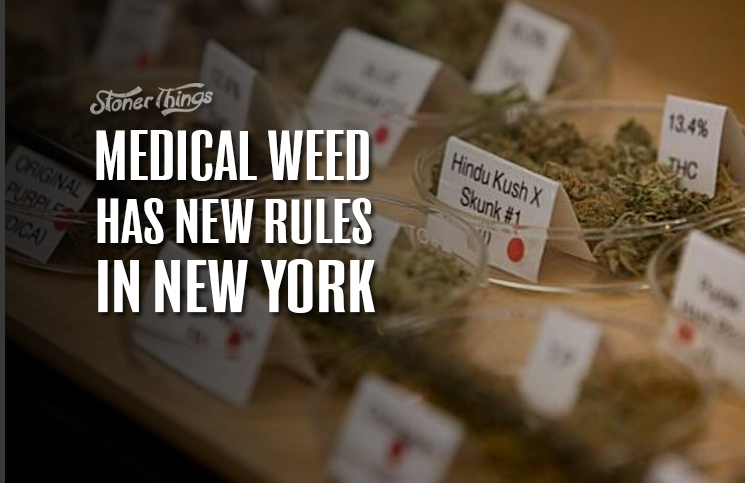 The state’s Health Department released a 121-page set of regulations for medicinal pot in the Empire State on March 31. The state’s legislature passed an MMJ law last year, and patients should have access to the drug by January.

Under the law and the new regulations, patients will not be allowed to smoke marijuana. Instead, they’ll have to vaporize liquid concentrate or take THC pills. The Health Department will license five non-profit distributors across the state.

New York will soon begin accepting applications for medical cannabis business licenses. Applicants will pay $10,000 as a filing fee, plus a $200,000 registration fee for the businesses that are selected. Each license would expire after two years.

Applicants would also have to meet security requirements, which are likely to be stringent in a state with some of the nation’s tightest medical weed restrictions.

Advocates pushed for inclusion of several new conditions on the approved list, most notably post-traumatic stress disorder, but the Health Department didn’t add them. Officials defended that decision.

Assemblyman Richard Gottfried, who sponsored the medical pot law, has called the regulations “gratuitously cruel.” He opposed them when they were issued in draft form last year.

Few changes were ultimately made to the proposed regulations before they were issued. But health officials promised more information to come.

Officials did say they would consider allowing nurse practitioners to prescribe marijuana. Critics complained during the draft process that allowing recommendations only from physicians would hurt patients.

The state may also expand the number of cultivation and distribution licenses, currently set at five. And officials are eying a program to allow distribution of charity samples to low-income patients.

But the Health Department has yet to release detailed information about the actual application process, such as when and how applications will be accepted. Those guidelines are expected in coming weeks.