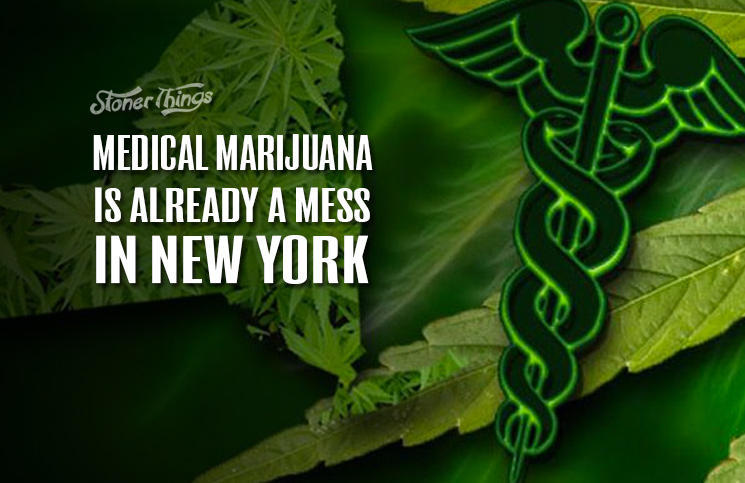 Some states know how to go about marijuana reform. And then there are those, like New York, that just seem to screw everything up. 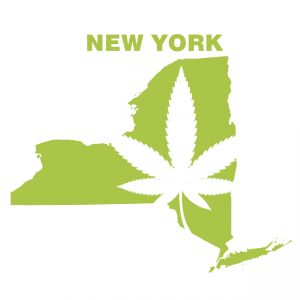 Medicinal cannabis is now legal in New York State, with several dispensaries opening in New York City and elsewhere. After a year and a half of legislation and rule-tweaking, some patients may now get cannabis to treat a short list of medical conditions. The drug remains illegal for any other use, though the city has decriminalized simple possession.

So far, things have not gone as planned. Among other problems, there are too few doctors and too few patients to hold the system together for long. Prices will likely be sky high for months, and it has become so difficult to obtain access that many suffering patients will never obtain the medication they need. Critics have torn into state and city officials for approving a feckless, poorly designed medical marijuana program.

Cannabis proponents say the system is simply too rigid and narrow for patients to use effectively. And they say state officials have clearly become petrified at the idea of any kind of serious marijuana reform. Apparently they prefer to wait for events to overtake them before acting.

“State legislators tend to think that getting high is something to be avoided,” said Keith Stroup, founder of NORML. “And they’re trying to avoid the appearance of someone enjoying themselves when they were meant to be taking their medicine. . . . They don’t want to see it turning into another California, where anyone can get a prescription.”

That fear has driven other states to back themselves into similar corners. Both New York and Minnesota launched their programs last year, and both have stumbled out of the gate due to burdensome regulations that hamper both doctors and patients. In New York, for example, physicians must attend a special one-day class at their own expense before they can recommend marijuana. Few doctors are willing to put up with the inconvenience. 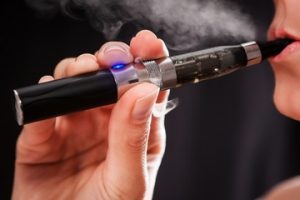 Few doctors makes it much harder for the state’s many eligible patients to obtain recommendations. What’s more, doctors in New York, as elsewhere, have been slow to adapt to the reality of medical weed, insisting on regulations that are likely to kill the program and send lawmakers back to the drawing board. By the time they get there, the drug may already be legal for recreational use.

Patients banned from smoking and edibles

On top of those restrictions, patients are barred from smoking the drug or consuming edibles. Instead they must vaporize hash oil, take a tincture, or use highly ineffective THC pills. The end purpose is to prevent anyone from having fun while taking medicine. But it may also reduce the effectiveness of the drug, since smoking it is usually the best way to obtain high concentrations of needed cannabinoids.

The same no-smoking rule applies in Minnesota, which adopted MMJ shortly before New York. Stroup said he and other advocates worry that states in other parts of the country, from the Midwest to the East Coast, will follow that lead and prevent patients from choosing how they use their medication.

The sad and ironic fact is that New York’s fearful politicians are catering to a base that no longer exists. There are few remaining corners of the country where voters overwhelmingly oppose marijuana reform, and even in those places, the issue is far from the top of most voters’ list of concerns. Lawmakers actually risk very little when they legalize, unless they genuinely believe reform is doomed to fail. From all appearances, most do not. They’re just scared.