The Maryland Senate brought the state one step closer to a new medical marijuana system in late March.

Senators voted 45-1 March 27 to overhaul the MMJ system created last year. The House of Representatives approved an overhaul of its own earlier, and the two chambers must now negotiate a compromise.

Maryland already has MMJ, but the program has failed to produce any medicine. The system depends on academic medical centers, none of which have agreed to participate. That has left patients, advocates and lawmakers pushing for a new system. 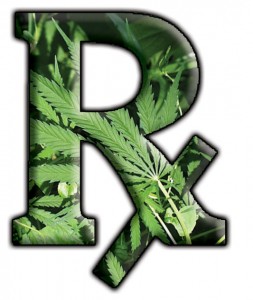 The approach taken by the House would limit the total number of marijuana licenses to 10, including growers and sellers. The Senate bill is much less restrictive: It puts no ceiling on cultivators and requires at least 94 dispensaries across Maryland.

Under the legislation, Senate Bill 923, marijuana would be legal for patients with doctors’ recommendations for certain debilitating medical conditions. If the bill were to become law, possession and cultivation limits would be left to state officials.

“The Senate should be commended for bringing Maryland patients one step closer to finding real relief with medical marijuana,” said Rachelle Yeung, legislative analyst for the Marijuana Policy Project. “Marijuana has been proven to treat a variety of medical conditions, and seriously ill Marylanders should not have to fear arrest or risk their safety to obtain the medicine that works for them. We are hopeful that the House will agree with them, and we can finally begin to implement an effective medical marijuana program.”

But that law was plagued with problems. Most of the few qualified providers wanted nothing to do with it. And the legally sanctioned source of medical cannabis was so small it could never have met patient needs.

Now that new legislation has cleared both houses, final details must be negotiated in a conference committee. The bills passed with strong support in both houses.

Medical marijuana is now technically legal in 21 states, though in some of those it’s still more theory than practice. Two of these states, Colorado and Washington, have legalized recreational weed as well as medicinal pot.