It is hardly any secret that the pharmaceutical industry is the biggest and most profitable in the United States. Today, the combined U.S. pharmaceutical business accounts for as much as 80% of the global market for research and development, with the bulk of these efforts focusing on the development of solutions for a host of diseases and health conditions. With the impending rise of medical marijuana as a feasible solution however, the pharmaceutical giants may be facing its first serious competitor in history.

There is no doubt that the pharmaceutical industry will remain the primary driving force behind healthcare, but the growth of the legal marijuana industry can no longer be denied. Already estimated at $1.6 billion, the legal marijuana business is expected to grow to a staggering $6 billion industry by 2018. When this happens–and it is a matter of “when” and not “if”–it will even pose serious competition to the illegal trade in marijuana, which is currently estimated at $18 billion.

As expected, governments and big businesses are taking notice. An industry this large and with the potential to grow exponentially simply will not remain under the radar for very long. Already, a number of investors–including the federal government–has been looking into ways to profit from this growth industry.

The writing is on the wall: legal marijuana is big business, and investors are already sniffing around looking to gain a foothold.

There are already numerous signs of the corporate thumb in the profitable pie. Medical Marijuana based out of San Diego has blossomed into the biggest legal marijuana entity in the country, with a net worth of more than $200 million. On the investment front, Privateer Holdings, the private equity outfit from Seattle, has made no secret of its plans to become the pioneering “all-inclusive brand” in the marijuana industry. 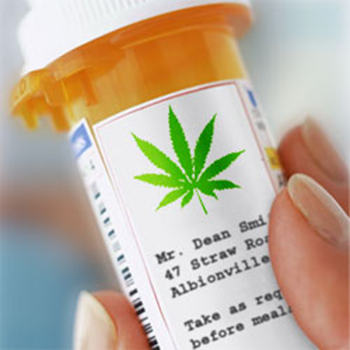 to prescribing medical marijuana, a turnabout from previously widespread reluctance to do so from the established medical community.

All that being said, there are still a number of obstacles the legal medical marijuana will have to overcome before taking its place among the largest industries in the United States. State and federal laws remain conflicted on many key issues–particularly with regard to taxation and legality of distribution–and the medical marijuana community is often torn between these issues.

Nevertheless, there is some hope that the issues will be resolved in the near future, with bills being submitted into Congress which basically seek to limit or restrict the power of the federal government from interfering with local state policies. With the passage of such bills, the medical marijuana community may eventually be able to enjoy their medication without fear of prosecution from the federal government.