But for the body art and smoke break choices, you’d never know they weren’t the ordinary convention crowd. But the smell of ganja wafting up from the courtyard outside the Massachusetts Cannabis Knowledge Forum may have given them away. 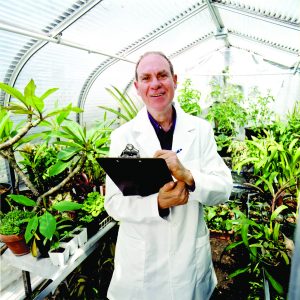 The forum was held Sept. 28, and it’s yet another sign of marijuana’s entrance into the mainstream. The event at the Seaport Hotel & World Trade Center, on the Boston waterfront, drew about 75 people, who each paid $200.

The crowd included patients, growers and entrepreneurs. The forum was focused primarily on training for those interested in the medical marijuana market.

“There’s going to be a great need for training,” said Mickey Martin, an organizer. “Most of the training is centered out west, so we hope to provide an educational base that provides credibility and training for people who want to enter the industry.”

Martin said he expects the legal medicinal weed industry in Massachusetts will eventually create as many as 3,000 new jobs, all of which will require training. Topics covered at the forum included industry practices, regulations and the application process. The United Food and Commercial Workers held a discussion on finding union jobs in the industry.

Massachusetts was the 18th state to legalize medical marijuana. Voters there passed the Massachusetts Medical Marijuana Initiative with 63 percent support in the 2012 election.

Under rules adopted by the state Department of Public Health in the spring, patients are allowed to possess up to 10 ounces during a 60 day period. They must suffer from debilitating medical conditions, such as cancer, glaucoma and Parkinson’s disease. Patients must obtain doctors’ recommendations and must register with the state.

But the program isn’t up and running yet, and while it’s being built, patients are allowed to cultivate at home. There will eventually be a total of 35 dispensaries throughout the state, with between one and five in each of the 14 counties.

The Department of Public Health has cleared 158 applicants for preliminary approval after a financial inquiry and a background check. They must now submit to the second stage of the application process, which considers their ability to provide adequate security and patient services.

Events of The Cannabis Knowledge Forum

The forum Sept. 28 drew several applicants from around the state. They listened to speakers including Addison DeMoura, owner of a marijuana-testing business, and Martin, who discussed the ins and outs of opening a dispensary.

And when lunch time rolled around? The participants made straight for the outdoor courtyard and lit up, at a waterfront convention center, in broad daylight. A few years ago, that could’ve landed them in jail. Now, at worst, it’s a $100 fine – and from all reports, no one bothered to call the cops.