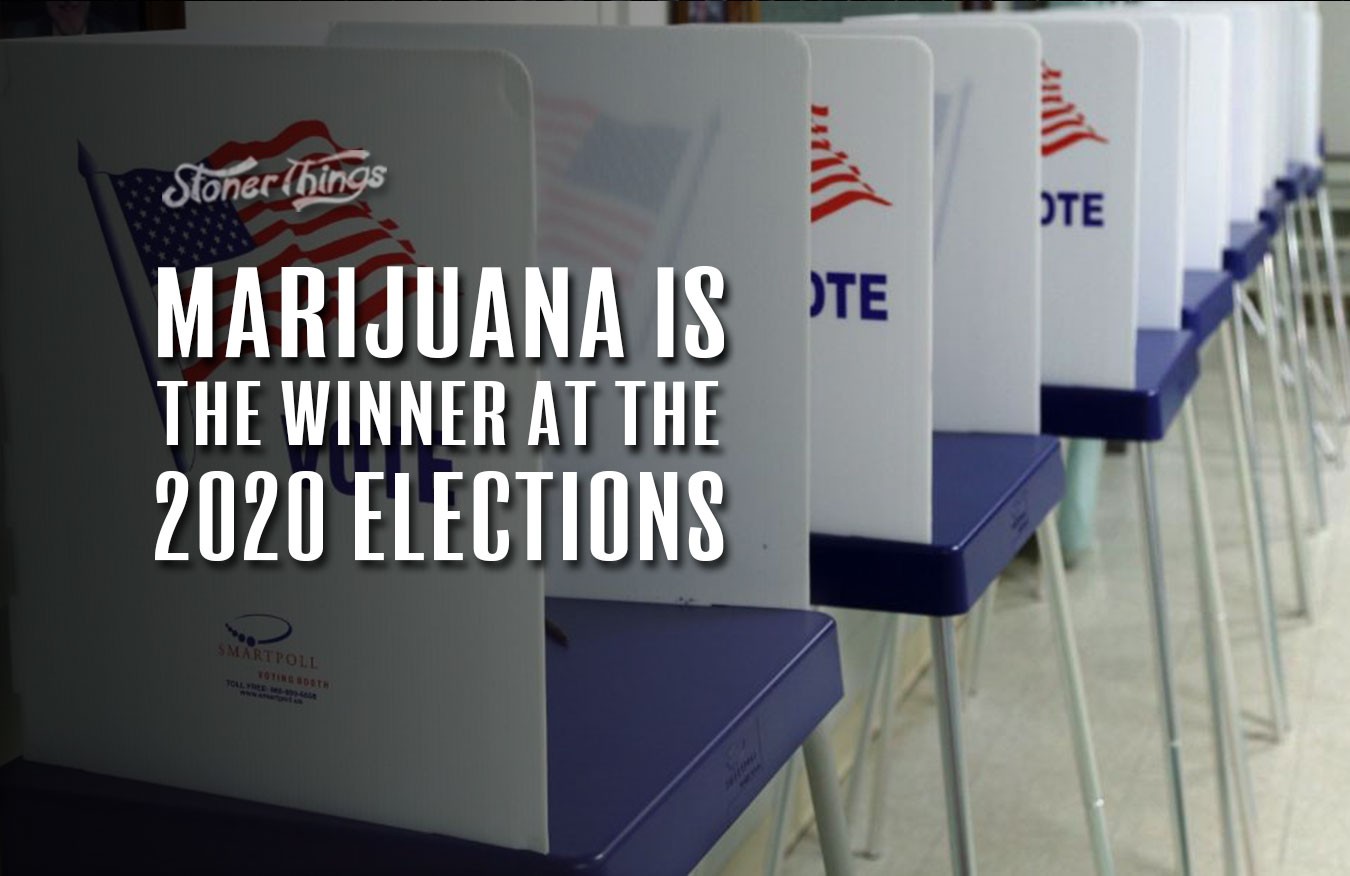 With the presidential election results going down to the wire, at least there was one clear winner on the night. Marijuana legalization swept the board convincingly in all five states where it appeared on the ballot.

This is huge! South Dakota has made history by becoming the first state to legalize medical and adult-use marijuana on the same day. pic.twitter.com/0nM6Weiq5b

In Arizona, there was no repeat of 2016’s failed ballot measure. This time round, nearly 60 percent of voters approved of Proposition 207 to legalize recreational weed.

Arizona's voters have decided Prop. 207 has been passed! Together, we are righting a historic wrong by decriminalizing marijuana, increasing revenue for the state, and creating thousands of new jobs in Arizona. pic.twitter.com/HP89CxacgS

New Jersey scored an even bigger win. Nearly 67 percent of voters approved of the state’s ballot proposal to legalize recreational pot, leading NJ Gov. Phil Murphy – who has made legal weed a central plank of his platform as governor – to tweet his approval.

We did it, New Jersey!

Public Question #1 to legalize adult-use marijuana passed overwhelmingly tonight, a huge step forward for racial and social justice and our economy. Thank you to @NJCAN2020 and all the advocates for standing on the right side of history.

Mississippi voters didn’t have their say on recreational weed but their resounding approval of medical marijuana may prove just as significant in a deep red conservative state where just a few years ago many would have dismissed the measure’s chances. In the end, nearly 68 percent said yes to medical marijuana. Voters were also asked which of two medical cannabis initiatives they preferred. 74 percent came out in favor of Initiative 65 – the citizen’s version – over Initiative 65A, a much more restrictive medical cannabis proposal put forward by the legislature.

A majority of voters in Mississippi voted to approve Initiative 65, which provides for a state-regulated marijuana access system for qualified patients. #NORMLhttps://t.co/A9lq7ouHk4 pic.twitter.com/w3VJJUyrY2

Montana was the last state voting on marijuana to declare on the night, but it kept the hot streak going. Montana voters comfortably approved two marijuana-related initiatives. One to allow for the use and sale of cannabis, and another to allow the legislature to set the minimum age for involvement in the industry.

And these five states weren’t the only ones in the country to celebrate drug reform success. Voters in Washington, DC approved a ballot measure to decriminalize an assortment of psychedelic plants, while in Oregon voters approved a ballot measure to decriminalize all drugs. This means individuals found with small amounts of, for instance, cocaine or heroin will no longer face jail time. Instead, they will have the choice of paying a fine or being assessed at an addiction recovery center. Oregon also approved a measure to allow the use of psilocybin – the hallucinogenic component of ‘magic mushrooms’ – under trained supervision at research centers.

As for the marijuana reform measures, success in all five states where pot legalization was on the ballot means there are now 15 states – plus the District of Columbia – where you can legally get high, and 36 states where weed can be legally distributed for medical purposes. Put another way, one in three Americans now live in a state that allows cannabis possession and consumption. And by the look of things, it seems we could all do with some now more than ever.