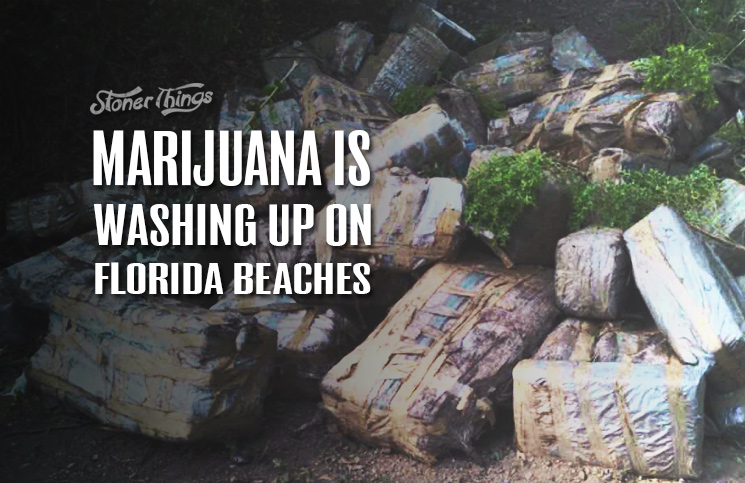 Agents with U.S. Customs and Border Protection say hundreds of pounds of illegal marijuana have washed up on Florida beaches in recent weeks.

Much of the lost cannabis, worth hundreds of thousands of dollars, is still floating off the Florida Keys, customs agents say, and it’s been washing ashore for more than a month. Within a period of just 27 days in September and October, agents recovered almost 400 pounds of pot.

They estimated the value of the drugs at more than $300,000 and said they collected it during 15 “drug seizure events” between Sept. 15 and Oct. 12. Some of the marijuana bundles washed up on beaches along the Atlantic Coast, while others were recovered floating in the ocean.

“There has been a significant spike in drugs washing up on shore,” said Todd Bryant, chief of the agency’s Miami Sector Division. “This is at least partially attributable to improved partnerships across the state but potentially also to a shift in smuggling methods.”

Cannabis remains illegal for any use in Florida, though that could change with a vote on medical marijuana Nov. 8. The state has traditionally been a favorite landing spot for drug traffickers. The 1980s, for example, saw a wave of cocaine, marijuana, and other drugs smuggled through South Florida.

Increase in cannabis found on beaches or offshore

But agents say they’ve seen many more drug bundles in the water this year, with 95 seizures in the 2016 fiscal year. There were just 49 such incidents in fiscal year 2015. The customs agency said cannabis found on beaches or offshore should be reported to police.

“If you are out on a boat or on the beach and you see a suspicious package, call local law enforcement immediately,” Bryant said. “Attempting to keep the suspicious package can place you in danger, as violent criminal networks will attempt to recover their narcotics.”

That may not stop hardcore stoners who find cannabis on the beach, but it’s a valid point: Drug runners often keep track of their product even when they’ve been forced to abandon it. They may even have dumped the weed at strategic locations so it would wash ashore on multiple beaches and allow them to recover at least some of it.

It’s unclear how this cannabis ended up in the waves, but it’s not uncommon for smugglers to ditch their cargo when chased by customs agents. Others may dump their pot in the ocean and then wait for it to wash ashore in remote spots.

Byrant said the increase in floating marijuana bundles could be due to new tactics by foreign drug cartels. Or it could suggest that legalization in four states and the District of Columbia have driven more trafficking operations to the East Coast.

Leave a comment and let us know: What would you do with marijuana if you found it floating in the ocean or washed up on a beach? Would you call police or keep it for yourself?