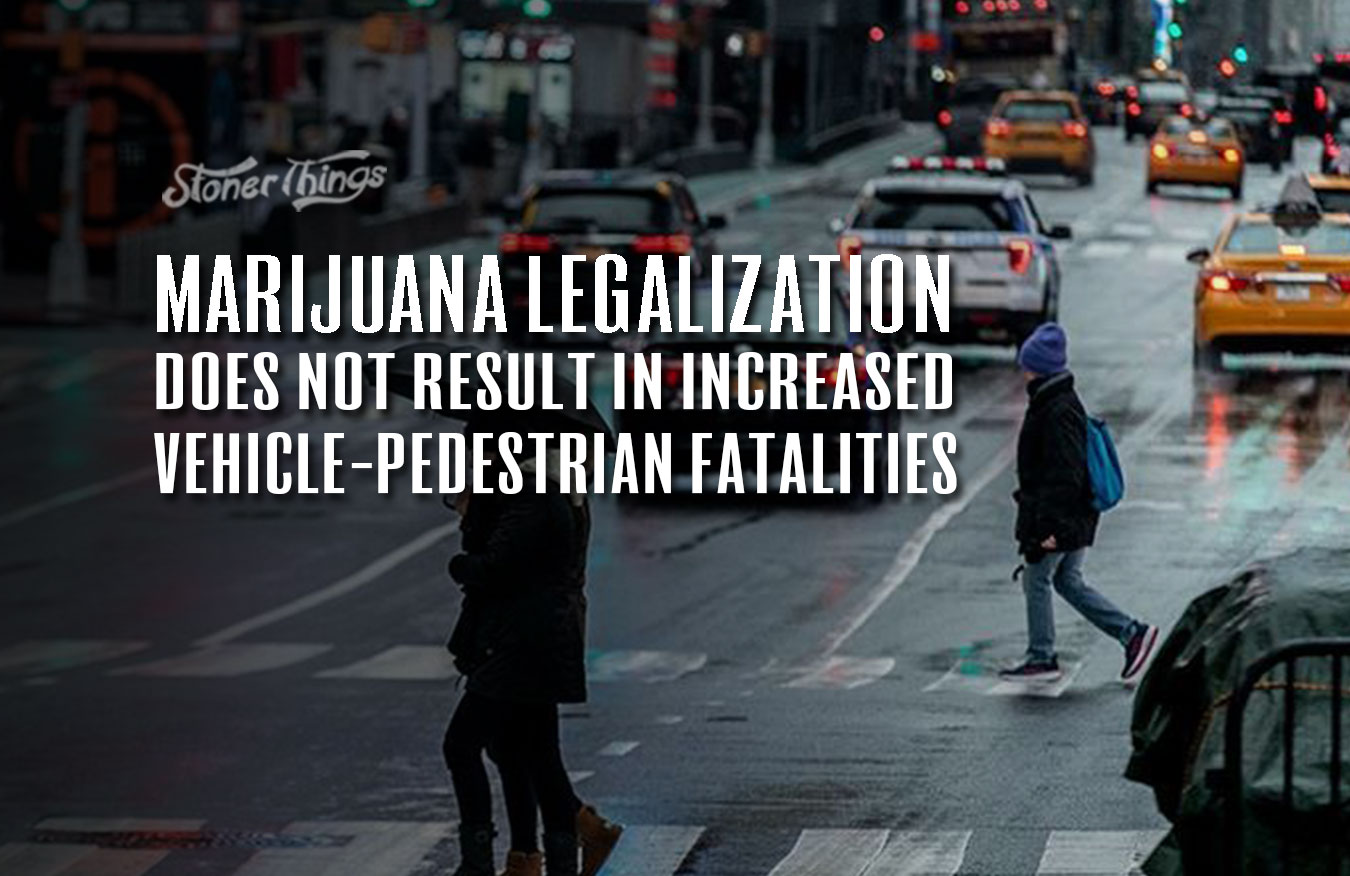 There’s a long standing debate about how marijuana affects driving. Obviously, the notion that impairment leads to more crashes and injuries was exploited during the Drug War to build a legal framework that harshly punished drivers who smoked and got in an accident. The numbers tell a different tale, however, and it’s been clear for some time that drinking and driving is where the vast majority of injuries and fatalities come from, never mind minor traffic accidents (which are also more likely when drinking). Now there’s a study that zeroes in on fatalities due to vehicles hitting pedestrians in states where weed is legal. It’s an important statistic, because many of the places where weed is legal and dispensaries are plentiful also happen to be walkable neighborhoods or denser urban areas. When you mix a ton of people and cars, you’re going to have accidents — but is weed the cause?

Naturally, this study is extremely specific and attempts to see if there’s a correlation in the data between state-level policies allowing for medical use, be it medical or recreational. The study was published in the journal Traffic Injury Prevention, which is also a hyper-specific journal dedicated to one task alone: Preventing traffic injuries. A worthy cause, and this led them to look into whether making weed legal in some fashion actually led to higher rates of people being hit and killed by cars.

How’d they conduct the study? According to the published results, they “used crash data from the Fatality Analysis Reporting System (FARS) to calculate monthly rates of fatal motor vehicle crashes and fatal pedestrian-involved crashes per 100,000 people from 1991 to 2018. Changes in monthly crash rates in three states that had legalized cannabis (Colorado, Washington, and Oregon) were compared to matched control states using segmented regression with autoregressive terms.” That’s an extensive amount of time to collect data, of course, and would fully reflect the shift in sentiment by state legislatures around pot legalization.

So what did the study’s authors discover in over 30 years of collected data? Again, they’re pretty clear: “We found no significant differences in pedestrian-involved fatal motor vehicle crashes between legalized cannabis states and control states following medical or recreational cannabis legalization.” In fact, the authors note that Washington and Oregon saw fatalities go down for a while, although Colorado saw a slight increase. In essence, the data shows that making pot legal doesn’t mean vehicle-pedestrial fatalities are going to increase. In many cases, they’ll even go down.

Although those who study these things remain divided on exactly why this is so, it’s possible that accidents go down a bit because people who smoke pot and drive actually drive a little more carefully because they know they’re stoned. However, given the wide range of potencies and other factors, it’s still a subject that’s being investigated.