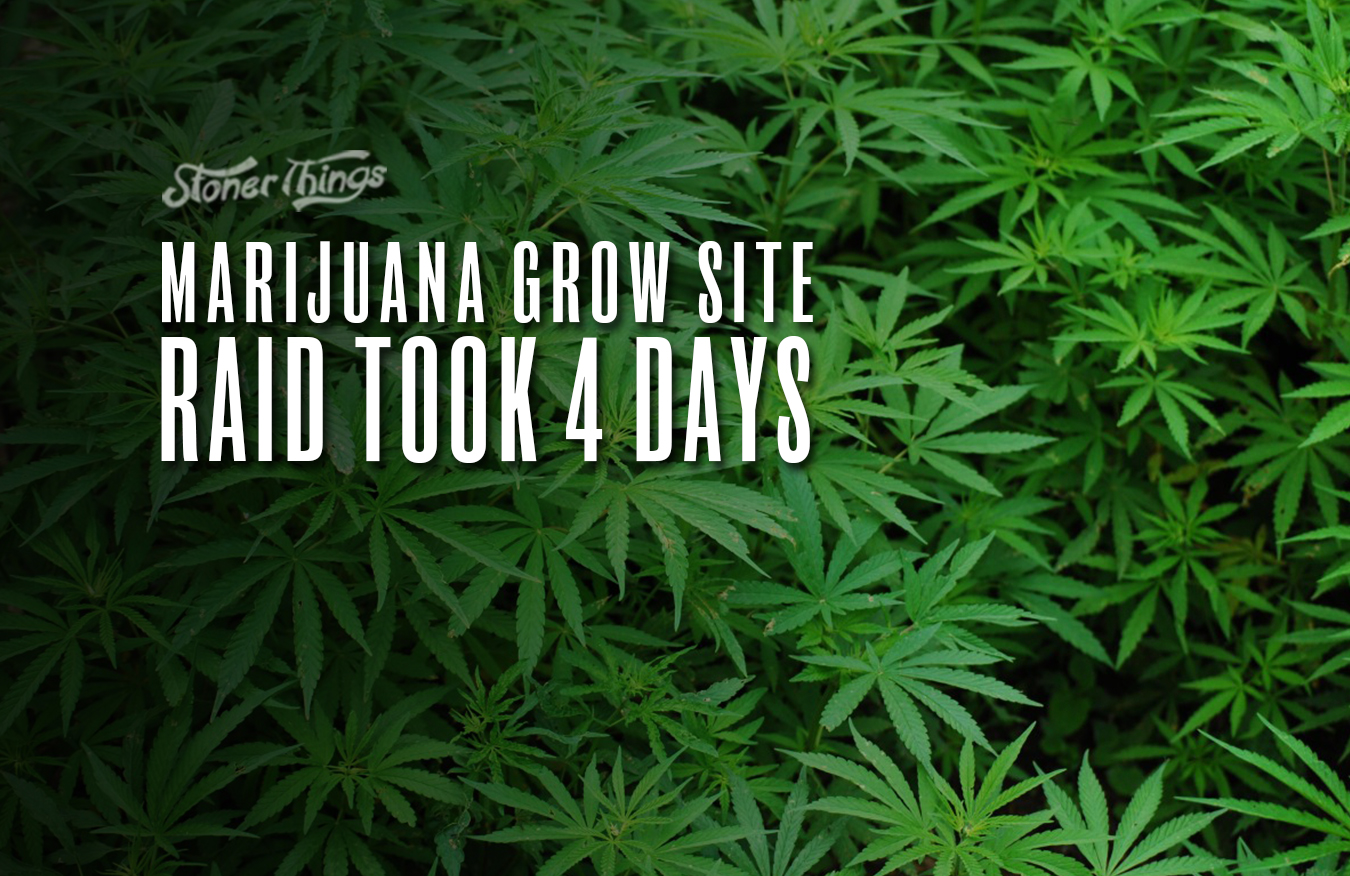 In case you are wondering, yes, there are still illegal marijuana grow operations in California. Interestingly enough, the police are still actively arresting the workers and owners at these grow sites to this day. If marijuana is legal, why is conducting a non-licensed grow operation still illegal? The drug is supposed to be harmless, right? The government and law enforcement agencies are against allowing these illegal operations to continue because they are avoiding paying taxes on their revenue and following federal regulations and laws in place concerning growing marijuana for commercial purposes.

The Santa Barbara Sheriff Department is one of those law enforcement agencies that is working to shut down these illegal operations. Last month, a marijuana grow site was raided and the authorities seized over 40,000 pounds of marijuana and 350,000 plants. A spokeswoman for the Sheriff department told The Tribune that the raid was conducted thanks to a combination of information sources, one of them being complaints made by the public.

The raid took a whole four days to complete, with multiple agencies working to clear out the 187 acre property. Sixty acres of the land was being used to grow cannabis, with 40 acres being used at the time of the raid. The investigation took two months to complete and the owner of the property has not yet been located or contacted according to various reports.

Unfortunately, the illegal production of cannabis in California is a common issue with police departments. Despite investigators tirelessly working with the Cannabis Compliance Team within the Sheriff’s office, many of these grow sites still exist and operate all over the state. It took 35 people four days to eradicate the seized drugs from this single property, and the existence of illegal marijuana cultivation sites is cutting into police and regulatory agencies budgets and resources.

Whether or not you support or oppose the legalization of marijuana, it is rapidly spreading, and soon it will be hard to avoid living places where there are plants being grown for people’s personal use. This begs the question, is it inconsiderate to your neighbors to grow weed, whether it be illegally or not? The number one issue with growing your own weed is the very potent and pronounced smell. Just one single weed plant can stink up an entire room, so an entire field of plants is going to leave any nearby breeze smelling skunky and sour. If you live somewhere that is close to neighbors like a townhome or an apartment, make sure you clear it with the people next door before you set up any sort of grow operation, no matter how small.

Even with growing inside, the smell will most likely permeate through to your neighbors’ walls unless you take some pretty expensive precautions to prevent this. If you have a landlord, make sure that they are okay with you using the property to grow your own plants, even if it is legal in your state. Even for farmers who chose to grow in areas that are far away from other houses, there are still negative aspects that this may bring to the local community, like the potential for increased theft and vandals.

Not everyone can afford to buy land far away from any potential weed farmers, so a possible solution could be creating “weed-free” sections of communities and cities where families with young children as well as anyone else who does not wish to be around the drug can live out their lives as freely as they please. While many communities like this already exist, rental companies, leasing offices, and neighborhood associations are probably going to have to be a lot more clear and forthcoming with their policies in states where weed is legal.