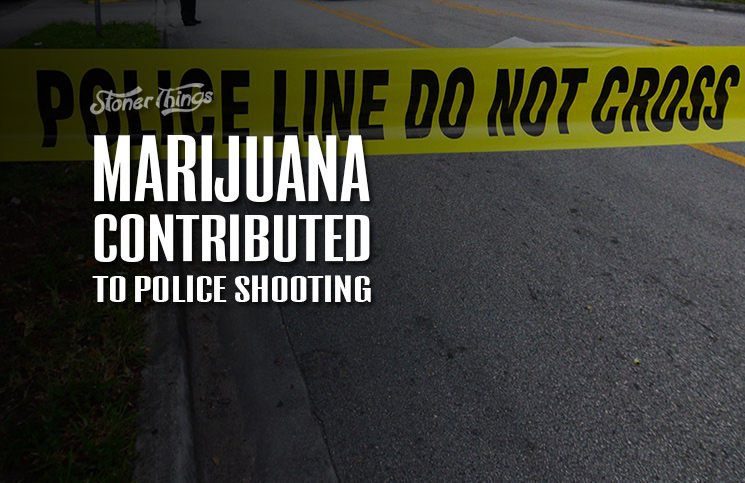 A controversial police shooting in North Carolina in September started with a small amount of marijuana, police there said.

Charlotte-Mecklenburg, N.C., Police Chief Kerry Putney told reporters Sept. 27 that officers spotted Keith Lamont Scott sitting in his car while they were serving someone else with a search warrant. The officers noticed Scott, who was black, rolling “what they believed to be a marijuana ‘blunt,’” Putney said,

The officers ordered Scott out of his car, at which point they allegedly spotted a gun, Putney said. They thought “uh-oh, this is a safety issue for us and the public,” he said.

Scott’s family rejected that claim, saying Scott was in fact holding a book when he stepped out of the car. Video of the shooting was released by both the family and the Charlotte-Mecklenburg Police Department, but observers say it’s unclear whether Scott had a weapon.

Putney said Scott failed to respond to commands to drop the alleged gun, leading Officer Brentley Vinson to shoot and kill him. The death sparked several nights of heated protests in Charlotte.

Police released the video several days after the shooting and laid out their evidence. Putney said the officers initially “did not consider Mr. Scott’s drug activity to be a priority.” But they drew their own weapons after seeing a gun in Scott’s hand, the chief said.

“Because of that, the officers had probable cause to arrest him for the drug violation and to further investigate Mr. Scott being in possession of the gun,” Putney said.

“It was not lawful for him to possess a firearm,” Putney said. “There was a crime he committed and the gun exacerbated the situation. Due to the combination of illegal drugs and the gun Mr. Scott had in his possession, officers decided to take enforcement action for public safety concerns.”

Authorities have not alleged that Scott pointed a gun at police or anyone else. But Putney said the weapon was loaded when the officers found it. Putney said the video can’t prove whether Scott was carrying a gun, but said Scott “absolutely” had one.

Scott has a history of violent crimes, serving seven years in prison for aggravated assault with a deadly weapon. His wife said after his death that he had threatened to shoot her in 2015.

Putney has repeatedly defended the shooting, saying Vinson and other officers “are absolutely not being charged by me at this point.”

The department said Scott “exited the vehicle with the gun and backed away from the vehicle while continuing to ignore officers’ repeated loud verbal commands to drop the gun.”

Lab tests later concluded Scott left his DNA and fingerprints on the barrel of the gun, the statement said.

What do you think: Would police have ended up shooting Scott if marijuana were legal in North Carolina? Leave a comment.