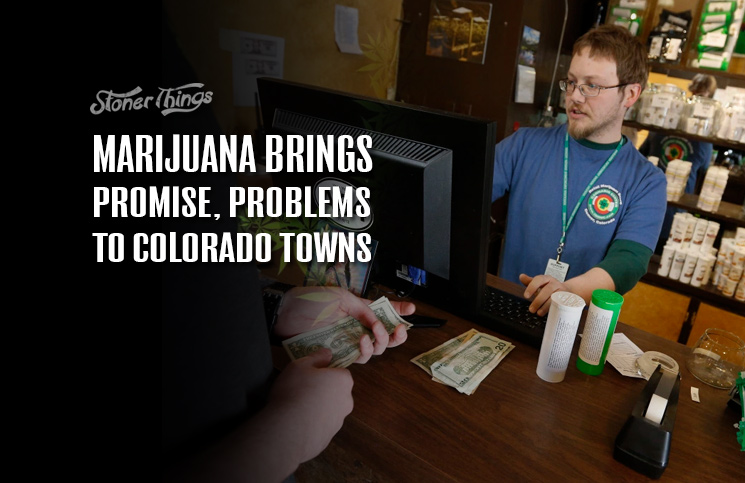 Legal marijuana has been a boon to many small Colorado communities. But it has not come without its share of problems.

On the one hand, cannabis legalization has brought gobs of cash to struggling towns, cities, and counties scattered throughout the mostly rural state. On the other, it has brought big costs as well.

Jason Warf, who leads an industry trade group, the Southern Colorado Cannabis Council, says legal cannabis has revitalized small towns that were drying up without tax revenue. Businesses were closing, potholes were going unfilled, and public services were suffering. 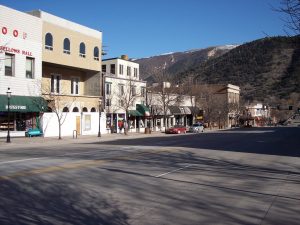 “It creates jobs that just aren’t there or replaces jobs that are about to be lost,” Warf said.

Still, legalization can put a strain on local governments. In many places, community leaders can’t keep up with applications for new licenses or keep track of the new businesses that open every day.

Legal weed has “definitely been a tap on our resources,” said Stephanie Carlile, deputy city clerk in Englewood, Colo. “We’re a smaller municipality. We’ve been stumbling through.”

Carlile joined other local leaders in sharing the ups and downs of legalization at a conference in Denver in May. Many of those stories were hopeful, but they also carried a note of caution.

Englewood is a small bedroom suburb of Denver that allows medical but not recreational pot. That made it all the more surprising to city officials when they learned last year that an illegal cannabis club was doing business in their community. The club had opened its doors after Denver cracked down on such businesses, and Englewood wasn’t even aware it was there.

The shop was still open in May, but the Englewood City Council was debating an ordinance to shut it down. Carlile said the club caught the attention of city officials when they noticed stoners on the street with “huge” bongs, as well as parking snarls and problems with club staff toking on the job.

The burden of legal marijuana can fall particularly heavy on the officials tasked with processing licenses. In the small mountain town of Clear Creek, Colo., a single paralegal in the county attorney’s office is responsible for that job, which can be overwhelming at times. While the state handles the general licenses that allow pot shops to operate, local communities process their own permits and regulations.

Marijuana has benefits for Clear Creek and its taxpayers. Legal shops dot Interstate 70 as it runs through sparsely populated Clear Creek County, where skiers and hikers mix cannabis and tourism. The money they bring in helps pay for needed services, and other forms of agriculture can’t deliver the same payoffs.

Clear Creek also recently lost a local mine that provided most of the community’s tax dollars. And the marijuana industry, though growing, is still small enough that local officials feel they can keep an eye on it. But that, they said, could change as cannabis sales boom.

As with most other things related to legal weed in Colorado, only time will tell.