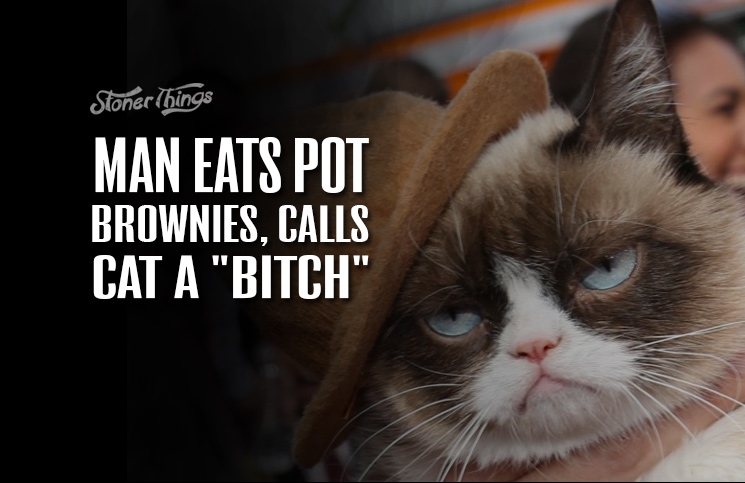 It was bad enough when a Nebraska man accidentally wolfed down a batch of pot brownies. But things got quite a bit worse when cops showed up and found him crawling on the floor, hurling insults at the family cat and calling her a “bitch.” 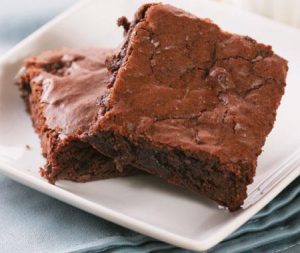 The unnamed 53-year-old man, who lives in Omaha with his wife and their children, told WCMH TV he ate the weed-laced brownies after he found them among groceries in the back of his car. His kids had recently used the car, and he figured they picked up the brownies from his stepmother. He ate them with cold pizza, and it wasn’t long before he realized something was wrong.

The man said he was four brownies in when he started to develop “bad anxiety.” He eventually realized he was baked, though he didn’t say whether he had previous experience in the matter.

“I thought I had to go out and have another cigarette,” he said. “So I sat down, I’m having the cigarette, and I was like, ‘Wow, I am really high.’ We put two and two together, and I thought, oh, magical brownies, ya know. I said, ‘Call the kids, tell them I had two brownies and ask them how high I’m going to get.’”

The man and his wife finally called 911 when they couldn’t reach their kids. “By that time,” the man said, “it was really hitting me. I couldn’t stop fidgeting.”

The mystery was apparently solved when a son returned home and told police officers the brownies were laced with cannabis and belonged to his siblings. The son was “pretty sure it was just marijuana in the brownies,” police reported.
EMTs quickly arrived and the man’s vital signs checked out, but it was his behavior that caught everyone’s attention. In the midst of an apparent panic attack, he was crawling around the floor, loudly swearing at the family cat and calling her a “bitch,” police said.

But the man insisted he wasn’t psychotic. He was merely trying to warn EMTs and police the cat could be unfriendly to strangers – “a bitch” – so they should avoid grabbing her by the tail. The police report failed to note the distinction, but the man was standing by his story: “She can be a bitch,” he said.

The family was lucky: Police didn’t file drug charges, and the man was left at home to sleep off the high. His daughter apologized for baking the brownies, and he said he forgave her. It may prove harder to mend fences with the cat.

Tell us: Have you ever eaten pot edibles by accident? How did it turn out? Leave a comment below.