How’s this for a bad day? Some unlucky soul sent a large package full of processed marijuana to the wrong address in early April, leaving a kosher grocery store owner with unwanted product on his hands. 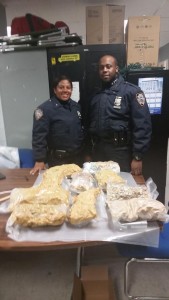 Kahan’s Superette in Brooklyn received the mysterious package from an anonymous sender in early April, police said. It arrived at the kosher deli by way of the U.S. Postal Service.

Inside, the owner found 10 large bags of weed hidden in vacuum-sealed peanut butter bags. The bags themselves were slathered in peanut butter, an apparent attempt to fool drug-sniffing dogs.

It’s a false but widely held belief that peanut butter can successfully disguise the odor of marijuana from police, postal inspectors, and dogs. That may be true of humans, but not K9 drug-detecting dogs. There is no substance that will effectively keep them from smelling pot.

In any event, the peanut butter turned out to be unnecessary. Police didn’t say whether the sender left any evidence on the package beyond an anonymous return address, but we’re hoping they don’t put too much work into this one.

If nothing else, they can rest assured that the sender will get caught eventually. Everybody makes mistakes, but not everybody makes the kind of mistakes that could cost them thousands of dollars and potentially their freedom.

Police confirmed that the deli owner had no ties to the misdirected package and said he reported it as soon as he opened it.

“It wasn’t anything that they asked for,” a police source told The New York Post. 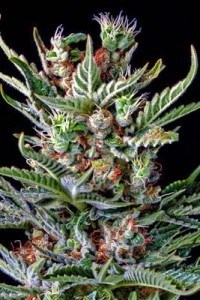 The NYPD publicized the bust in a tweet: “Wrong delivery address results in the seizure of 10 large bags of marijuana wrapped in peanut butter.”

The package arrived at the bodega in the Crown Heights neighborhood on April 6, police said. Cops didn’t disclose how much marijuana it contained or where it originated. At the store, workers said the whole mix-up was confusing.

“I have no idea where it came from,” one worker told The Post. “It was just dropped off.”

The U.S. mail is a common means of shipping cannabis, but it’s also a fairly easy way to get caught. If you drive pot over long distances you might run into a cop or two. But a single piece of mail passes through the hands of potentially dozens of postal workers and inspectors.

The USPS doesn’t have anything like the manpower needed to prevent most such smuggling, but it has better odds than other government agencies, since mail passes through a limited number of centralized facilities, where postal workers and sometimes drug dogs have access to it.

This one apparently got away, at least for now. But the odds he’ll screw up again seem pretty high, so here’s hoping he sends his next package to someone who can really use it.