Snoop stated in a press release, “We’re babies of the Mothership… I’ve had funk influences in my music my whole career. Dam-Funk is cold. He’s keeping the funk alive and I knew I had to get down with him.” 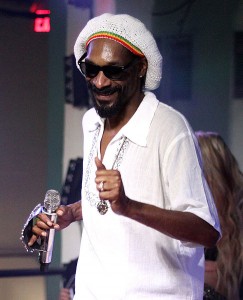 The rapper is gearing up for “7 Days of Funk,” an album collaboration with Dam-Funk that is named after the duo’s newly made group. Before you roll your eyes at the hip-hop artist turned reggae star to now funk master, here’s what Dam-Funk had to say of his and Snoop’s latest project.

“These beats were made for him, and he laid down some of the smoothest harmonies and melodies I’ve ever heard. It’s hip-hop, but you can also hear what we grew up on, from Zapp to Evelyn ‘Champagne’ King and Patrice Rushen.”

Because we’re cool like that, here’s “Faden Away,” the first official single from “7 Days of Funk.” Give it a listen below.