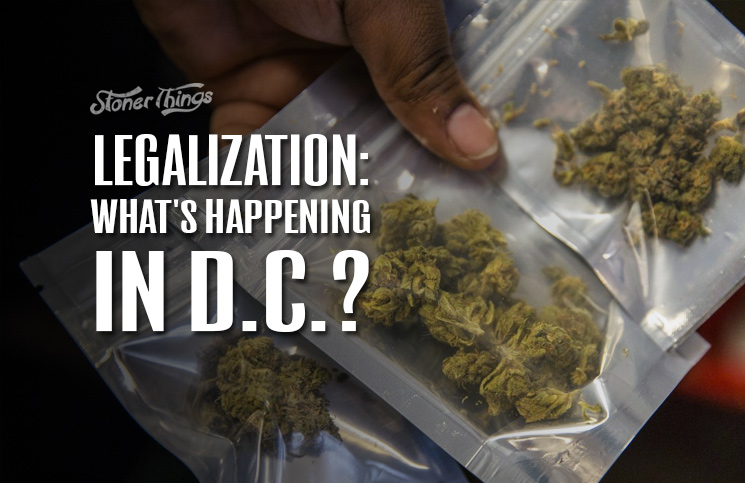 Marijuana has been legal in the nation’s capital for more than a year, yet the drug remains frustratingly hard to obtain without breaking the law. So what happened to legalization in Washington, D.C.?

It started when voters there opted to legalize cannabis in the 2014 election, along with Oregon and Alaska (the drug was already legal in Colorado and Washington State). But the obstacles started almost immediately after that referendum.

Conservative Republicans in Congress quickly vowed to stop legalization in D.C., and then followed through by blocking the new law. Because the District of Columbia is a federal district rather than a state or municipality, Congress has the authority to overturn any ordinance passed by the District Council – including the ordinances required to put legalization into effect.

Lawmakers did that, but not completely. Instead, Congress blocked the city from allowing commercial cultivation or sale of marijuana. The drug is still legal, and adults may possess it or grow it at home. But they cannot buy it legally from anyone.

District residents are in a stalemate with the federal government. The Obama administration has tried to make it easier for full legalization to take effect, but so far that hasn’t broken the congressional logjam.

Even so, the Reuters news service reports that sales of grow equipment are brisk, customers are giving bartenders joints as tips, and the District Council could soon vote to license cannabis clubs in the city.

Users forced to the black market

But residents and local police say the federal ban encourages tokers to stay with the black market, something legalization is designed to prevent. Though home grows are allowed, many users don’t have the time or resources to cultivate cannabis, leaving them with no legal way to get it. 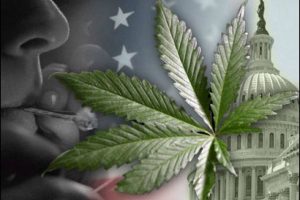 “It is kind of the Alice in Wonderland of cannabis legalization,” said Alex Jeffrey, executive director of NORML’s Washington branch. “It’s like there’s all these rules and regulations that no one follows.”

Marijuana first became legal in February 2015, three months after the overwhelming vote to legalize. Several states could take the same step in the November election, including California, Massachusetts, Maine, Arizona, Nevada, and Michigan, leaving the district as the only American jurisdiction where pot possession is fully legal but retail sales are not.

This could change soon, as a new president, Congress, or Supreme Court could choose to clear the way for dispensaries. In the meantime, the city is losing a lot of money. In 2014, experts pegged the value of a legal marijuana market at $130 million a year.

“This limbo that we’re in because of the congressional rider is untenable,” said District Council member Brianne Nadeau. “It’s a big problem.”

In February Nadeau joined a unanimous council vote to study a proposed system for licensing members-only cannabis clubs. As in many other areas, stoners in the district have few private places to smoke weed, and use on public land is illegal. Much of the city is federal property, including the mall, and smoking there is treated as a crime.

Lawmakers in Alaska are also considering marijuana bars. The issue has been debated in Colorado, too, but efforts there have stalled.