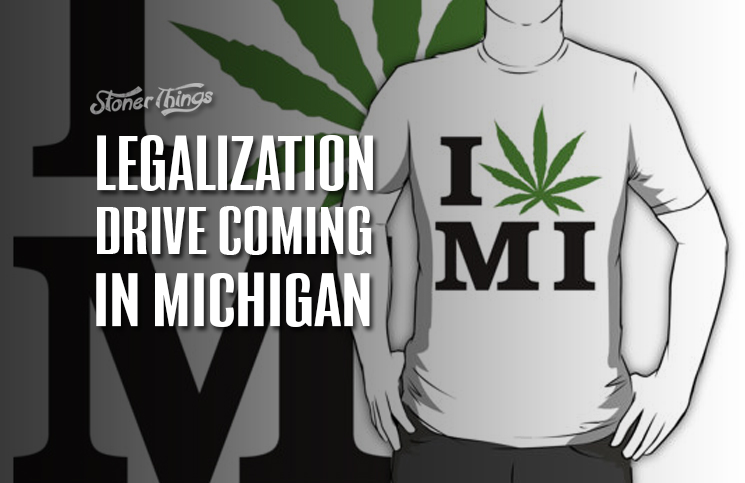 Pot proponents in the Midwest are already preparing to push for legalization over the next two years.

Activists announced in March that they plan to launch a campaign to legalize recreational marijuana in Michigan. Their petition drive, they said, will start later this year with the hope of putting legalization on the statewide ballot in 2016.

The group, called the Michigan Comprehensive Cannabis Law Reform Initiative Committee, said they want to bolster medical marijuana in the state, create a system for regulating and taxing recreational cannabis, and make it possible for farmers to grow industrial hemp.

Jeffrey Hank, an attorney and chairman of the committee, said members are currently tweaking their draft ballot language before filing initial paperwork with the Board of State Canvassers. The ballot initiative would allow Michiganders to grow up to 12 pot plants and possibly buy the drug from licensed retail stores, though details are still somewhat murky.

“We’re trying to figure out the best way to boost jobs, save the state money, end the war on drugs where people are going to jail for marijuana use, raise revenue and put the money into things that people want,” Hank said.

The committee hopes to have its petition filed and volunteers collecting signatures by the end of May. The group would then have 180 days to gather enough signatures – about 250,000 statewide.

The push will definitely have opposition. Michiganders adopted medical marijuana in 2008 by a margin so wide that every county in the state voted yes. But this is still a socially conservative state, at least by comparison to Colorado, Washington, Oregon, and Alaska, the four states with legal pot.

The state’s attorney general, Bill Schuette, opposes almost all proposed marijuana reform in Michigan, including decriminalization and legalization. He and other state officials have fought vigorously to hamper the state’s medical marijuana law since it was enacted.

Attorney general will fight all attempts at reform

Antagonism to MMJ patients and providers is so great in Michigan that a local prosecutor unintentionally tanked a trial by going on a courtroom rant about the evils of marijuana patients. Schuette said he planned to fight any attempt to legalize.

“When it comes to the medical marijuana question, we all know people who suffer from great pain and we are monitoring the legislature’s review of that law, but we absolutely must keep drugs out of kids’ hands and that is why I am opposed to so-called recreational drugs,” Schuette said. “Protecting children must be our first priority. Always.”

Polls show legalization has a fair shot at winning in Michigan. A survey conducted in January found about half of the state’s voters support the idea. Those numbers are close to national figures and are only likely to grow over the next year and a half.