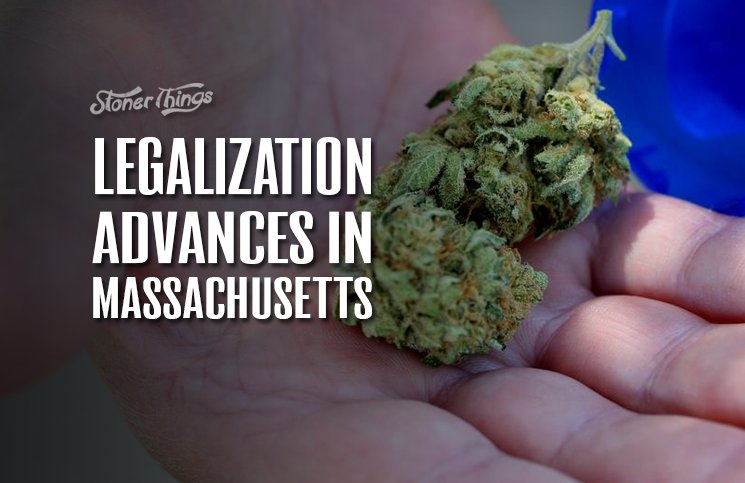 Marijuana is a step closer to legal in Massachusetts, where activists turned in more than enough voter signatures to send their legalization initiative to the state Legislature next year.

Proponents of the idea announced on Dec. 1 that they had submitted more than 100,000 signatures to the state. Local elections officials had already certified more than 69,000 of those, 4,000 more than are needed to send the initiative to lawmakers.

If the proposal passes, either in the legislature or at the ballot box, adults in Massachusetts could buy and possess up to one ounce of cannabis. The plan would establish a state excise tax of 3.75 percent on retail sales, in addition to the regular 6.25 percent sales tax.

“You don’t want the tax to be too high, because then it’s difficult to undercut the black market, and you want the tax to be high enough so you can finance the regulation and have some money left over,” said Will Luzier, who leads the campaign for a pro-marijuana group.

The decision will likely go to the ballot box

But proponents aren’t guaranteed victory yet. First the legislature will have a pass at legalization, and it’s considered a long shot there. If lawmakers fail to act, activists would have to gather another 11,000 signatures to put the question before voters next November.

Leading state officials, including the Republican governor and Democratic attorney general, oppose legalization. State Senate President Stan Rosenberg, a Democrat, told reporters he expects legalization will be decided at the polls next year.

Cannabis is now legal in four states: Colorado, Washington, Oregon, and Alaska, along with the District of Columbia. Retail stores are already selling marijuana for personal use in Colorado, Washington, and Oregon. At least two serious campaigns are vying to bring the first legal marijuana to the East Coast, in Maine and Massachusetts.

There is a second, competing initiative underway in Massachusetts, one that wouldn’t impose any special tax on cannabis sales. As of early December, it wasn’t clear whether backers of that plan had collected enough signatures to move forward. They faced a deadline of Dec. 2.

Medical marijuana has been legal in the state since voters adopted it by wide margins in 2012. The program got off to a bumpy start thanks in part to political ineptitude, poor planning, and low-grade corruption, but it is reportedly improving.

Where else is close to legalization?

Several other states could vote on legalization next year, including Nevada, Michigan, California, and Arizona. The New York Legislature is already considering a bill that would make cannabis legal in that state. Odds are good in most of these places, though some initiatives will probably go down to defeat.

The big question in Massachusetts, as in other states, is whether activists can avoid the pitfalls of a recent reform campaign in Ohio. In November, voters there turned on a legalization plan after it became apparent it was a thinly veiled money grab. Even longtime cannabis proponents were turned off by the transparent greed of that effort.