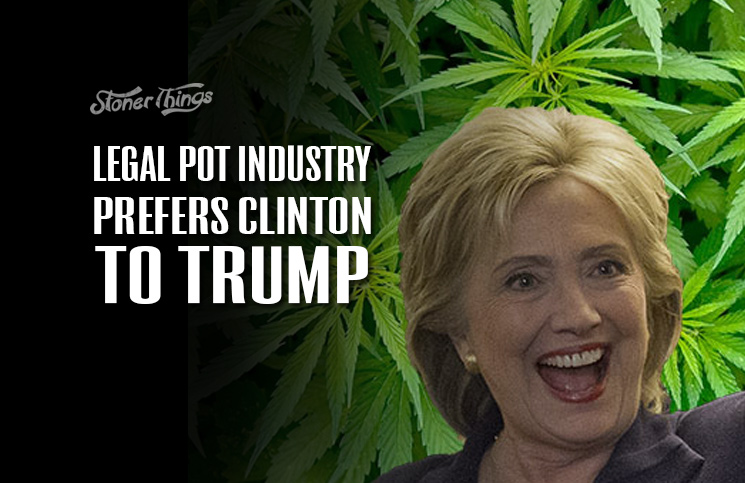 Election Day is less than three months away, and potheads have a lot invested in it. It isn’t just that voters in several states will decide whether to legalize the drug; the outcome of the presidential race could also dramatically reshape the future of cannabis reform.

So of the two candidates – Democrat Hillary Clinton and Republican Donald Trump – which would be best for the legal marijuana industry? Pollsters decided to find out the answer to that question, and it was nearly universal: Clinton, industry insiders say, offers at least a ray of hope for legalization while Trump simply can’t be trusted.

That’s not much of a surprise. In recent months, Clinton and the Democrats have moved to the left on a long list of political issues, including marijuana reform. Where once the party supported only an “open mind” about the possibility of future legalization, its platform now openly calls for that step nationwide.

General opinion polls show Clinton leading Trump by 7 or 8 percentage points as of the second week of August, but the spread is much wider in the legal cannabis industry. Marijuana Business Daily polled a sample of these players July 27-28. The results, released in August, showed Clinton winning the support of 43 percent of professionals and executives, compared to 26 percent for Trump, 15.5 percent for Libertarian Gary Johnson, and 5 percent for other candidates.

Clinton leading among those in marijuana industry

Clinton’s 17-point lead over Trump is unusual even for stoners, who tend to vote heavily for liberals and Democrats. This year may present these people with an even starker choice than usual, since Democrats are moving visibly toward legal cannabis while Republicans can’t seem to get their story straight.

Industry support for the bombastic GOP nominee is much stronger among respondents who invest in the legal cannabis industry rather than working in it, though their support for Clinton is also a bit stronger than it is among executive and professionals: The Democrat gets 46 percent of the vote from investors to Trump’s 38 percent and Johnson’s 8 percent. 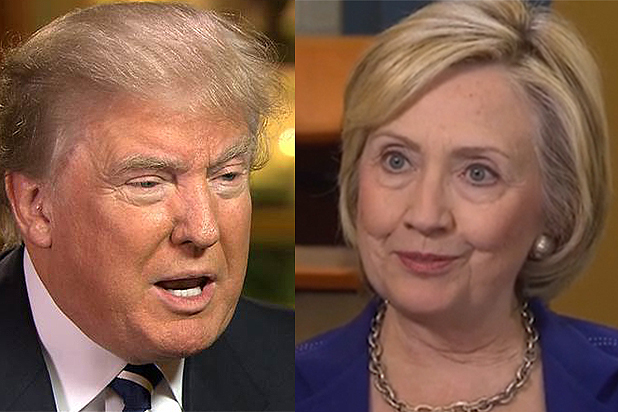 Clinton’s smaller lead among this group may stem from the fact that American investors tend to be fairly conservative, which makes them more likely to favor Trump even if he might someday block marijuana reform. Executives and professionals, by contrast, may be more aware of that threat.

“Trump does not have an official policy position on marijuana and it’s often hard to tell where he stands on issues,” Marijuana Business Daily reported. “He said earlier this year that he is ‘in favor’ of medical marijuana ‘100%,’ but has also said several times that he believes recreational marijuana ‘is bad’ and is ‘causing a lot of problems in Colorado.'”

In other words, as is true with almost any political subject, there’s no way to predict what Trump would do once in the White House. Would legalization spread further and faster during his administration? Or would he let his attorney general – presumably New Jersey Gov. Chris Christie – crack down on the states that legalize pot? No one seems to know, and that’s exactly the problem.

Tell us what you think: Who would be better for legal weed, Hillary Clinton or Donald Trump? Is there any issue other than marijuana that would convince you to vote for one or the other? Comment below.