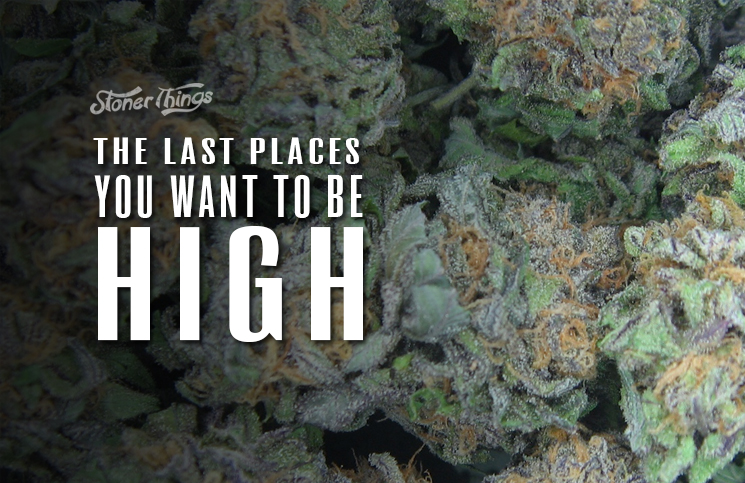 Being stoned is usually a good idea. Hell, being stoned is always a good idea if you can handle the consequences. You may need someone to drive you around town for the rest of your life, but what will you care? You’ll be stoned the whole time.

Still, those consequences are sometimes more than we’re prepared for, especially when a pleasant buzz takes an unexpected turn. A panic attack can instill the fear of God even through intense euphoria.

That’s why we’ve made this list of situations best avoided while high. Whatever you do, remember: Everything will be OK. If things go bad, you can always just smoke the bad feelings away later. 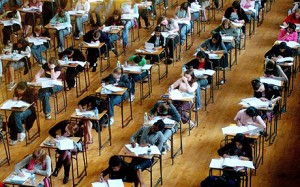 Actually, being high in class can be a lot of fun. It’s how most of us learned the wonders of weed. But paranoia, hunger, and poor short-term memory may not be the best combination on exam day.

Hey, if weed makes you score better on tests, more power to you. But most of us do better if we leave that celebratory blunt for after we’ve aced the bar.

All this flies out the window, of course, if your class has anything to do with weed, booze, gambling, hookers, or other fun/illicit pastimes. But when was the last time you heard of a Ph.D in partying? Outside of California’s public university system?

2. At Your Daughter’s Wedding 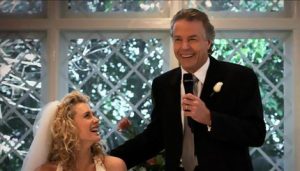 Weddings would be a lot more fun if everyone smoked up first. Hell, some happy couples in Colorado and Washington now encourage their guests to toke on the family’s dime.

But no one wants to see dear old Dad fumble his toast because he’s too baked to remember who’s getting married to whom. Fathers are supposed to be rock-steady, beacons of stability in a stormy world. Not 24/7 potheads.

That doesn’t mean you can’t enjoy weed, Dad. Just save that bowl for the hotel room after the dance. That should take your mind off what your daughter will be doing in her room. 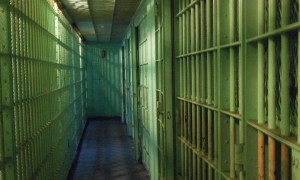 Getting weed behind bars is like taking candy from a baby, only easier. Or so we’re told. But that doesn’t mean you should do it.

For one thing, buying any kind of drugs in jail or prison, no matter how harmless, puts you into contact with the real criminal element inside. Prison gangs run the drug trade, and prison gangs are an easy way to spend the rest of your life behind bars, one way or another.

For another thing, weed costs money inside, and inmates generally don’t have a lot of money. What they do have, they usually can’t get at. Alternate currencies substitute for cash, but even those bartering systems come with the possibility of debt. And if there’s one thing you should avoid while incarcerated, it’s debt. 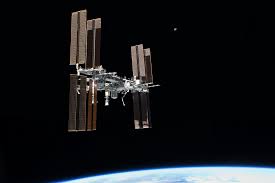 There are no reports (that we know of) suggesting anyone has ever tried to smoke up in outer space. But if there’s one thing we know about pot, there’s always a way.

Imagine, for example, the difficulties in packing a bowl or rolling a joint in zero gravity. The dangers inherent in using a lighter on a spaceship. And the smell would just linger forever. Then again, no one can hear you cough in space. 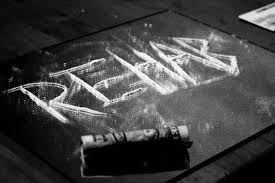 Look, if you find yourself locked up in an addiction treatment center, odds are there’s a good reason for it. Some people really are marijuana addicts, though a whole lot more are hooked on booze, hard drugs, and prescription painkillers.

If you really feel you don’t belong in rehab, either sign yourself out (if you’re voluntary) or petition for your release. But for God’s sake, don’t smuggle weed inside.

It isn’t so much that the pot is going to kill anyone, but you’re not at rehab all by yourself. Treatment centers are full of addicts (duh), and tempting addicts, no matter the justification, is the sort of thing sociopaths do. So either make a break for it or maybe use the time inside to determine if the problem other people see in you is real.