A tepid vote by Kentucky lawmakers to allow research into a limited form of medical marijuana nonetheless drew cheers from parents whose children’s lives could be dramatically improved by the drug. 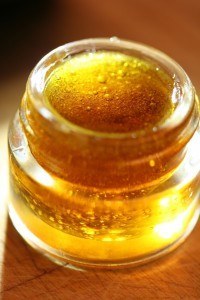 The state House of Representatives voted unanimously March 26 to approve a bill to allow human trials of CBD oil, an extract of cannabis used to treat patients with severe forms of epilepsy. The legislation now goes to Gov. Steve Beshear, who is expected to sign it into law.

The vote is only a baby step toward weed reform, and it’s not yet clear lawmakers will go any further. The bill merely allows for medical studies of the extract, not for its widespread use.

Indeed, the applications of CBD oil are so limited it’s likely to help only a small fraction of the patients who could benefit from medical pot. The extract contains high amounts of CBD, a chemical thought to reduce seizures, and little or no THC, the chemical that gets pot smokers high. CBD oil is usually placed under the tongue or mixed with food.

The oil can be highly beneficial for patients with severe epilepsy, especially children with Dravet syndrome and other seizure disorders. But it’s useless for other patients, many of who require THC to realize pot’s full medical properties.

At this moment in cannabis policy, much of the attention has fallen on the so-called “marijuana moms,” mothers whose children suffer from seizures that could be reduced with CBD. Several states in the Deep South and the Midwest are considering legislation to legalize the extract outright.

But the approach is in many ways a dodge, an easy way to please the most visible MMJ proponents – desperate parents –while ignoring the vast majority of patients who need access to real medical marijuana. It also allows socially conservative states to avoid the key issues of cannabis reform.

The power of the marijuana moms was on display on the floor of the House chambers, where lawmakers watched as 3-year-old Michaela Greene suffered a seizure during the vote.

Her mother, Erin Greene, said Michaela experiences as many as 2,000 seizures in a week. CBD oil has had dramatic and well-publicized effect on child patients across the country, and Erin Greene said it’s her only remaining hope beside a surgery that could kill the girl. Erin Greene has considered moving to a state where the drug is legally available, she said.

“This happens on a daily basis for us,” she said. “This is, I’m hoping, I’m hoping, the cure for her. We’ve just waited and prayed and hoped that God would give us an answer for Kentucky to have this available.”